IOCL Textiles Park in Bhadrak will be functional in 2023-24 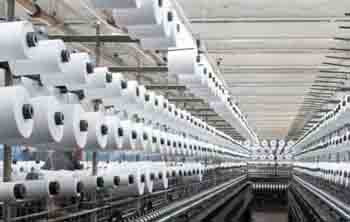 He said the Centre has initiated a slew of measures for development of Odisha under Mission Purboday (Rising East) and the state should best utilise these opportunities while devising its own development plans.

The Centre has realised that the East is crucial to build a prosperous India and thus rolled out several projects for ushering in prosperity to the region.

However, Odisha, though known for its vast mineral deposits, is lagging behind some other eastern states in certain sectors. Odisha possesses the highest iron and coal reserves and it is high time the state optimally utilised its resources and took advantage of different developmental schemes, Mohapatra added.

“IOCL has been set up with the efforts of many individuals. It has been trying its best to do its bit for nation building and bringing positive changes in everyone’s lives and livelihood,” he said.

Discussing about the Plastic Park in Paradeep, he said the Ministry of Chemicals and Fertilizers sanctioned the park spread over 120 acres on the IOCL premises in 2013. While the total estimated cost of this project is Rs 106 crore, the Centre has contributed Rs 40 crore.

While our state and country hold immense potential to invest in textiles and plastics industry, the demand will grow by 20 to 25 per cent in the coming years, said IOCL’s CGM (Petrochemicals Strategy & Project) A V Raghunandan.

“It is high time we created opportunities in the downstream. The textiles industry in Bhadrak will go a long way in creating such opportunities,” he noted.

Board Member of Amnaya Corporation, USA, Parthasarathi Mishra, who was formerly the Chief Human Resource Manager), Tata Steel’s Kalinga Nagar project, moderated the webinar, according to an official release issued by OCF.