Inaugurating the service, Patnaik congratulated the people and hoped that the poor people of these four districts would be able to access better health care. 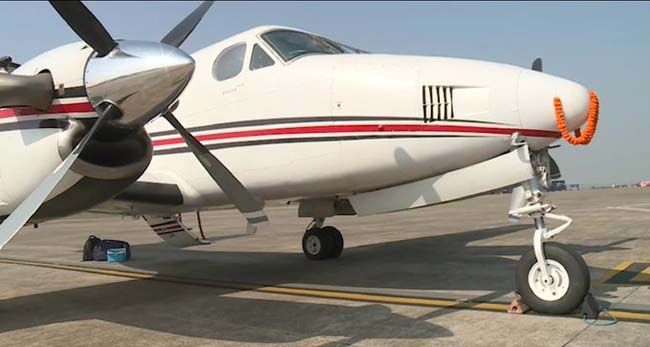 The first flight to Malkangiri district with a medical team was launched on the occasion. The people of tribal-dominated districts of Malkangiri, Nabarangpur, Nuapada and Kalahandi will be able to get better healthcare under the scheme.

Qualified doctors from various medical colleges and corporate hospitals will fly to the hospitals in these districts as per the pre-arranged schedule to treat patients with cardiovascular, neurological, kidney and bladder needs. The government will pay for it.

Inaugurating the service, the Chief Minister congratulated the people and hoped that the poor people of these four districts would be able to access better health care.

Other districts will be covered under the programme in a phased manner, according to official sources.

Under the initiative, a list of specialists required for the treatment of critical patients admitted to various District Headquarters Hospitals (DHHs) will be prepared and sent to the Health Department.

Accordingly, the doctors will be flown to the destined DHHs through aircrafts/ helicopters for prompt treatment of the patients. If required, the patients will be airlifted to various healthcare facilities in Bhubaneswar and Cuttack.

A team of doctors of the SCB Medical College & Hospital in Cuttack has been formed for this purpose.

Later, similar teams of doctors of MKCG Medical College & Hospital in Berhampur, VIMSAR in Burla and other private hospitals empanelled under the Biju Swasthya Kalyan Yojana (BSKY) will be constituted.

The initiative by the Odisha Government is likely to provide proper healthcare service to those patients who were deprived of better treatment by specialists/ experts due to locational disadvantage.

Specialists such as neurologists, nephrologists and cardiologists will be flown to the DHHs. The follow-up treatment of the patients will be carried out through tele-medicine, sources said.