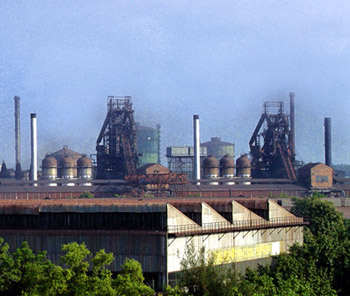 Odisha Channel Bureau Rourkela, Aug 4: Rourkela Steel Plant (RSP), a unit of the Maharatna Company SAIL, has surpassed several milestones in production in key areas in the month of July as well as the first four months of the fiscal, thanks to the new facilities installed as a part of the modernisation and expansion.In July 2014, the Steel Plant produced 260020 tonnes of Hot Metal thereby registering a growth of 30% over July 2013.Similarly by producing 235065 tonnes of Crude Steel and 225040 tonnes of Saleable Steel, RSP recorded a growth of 25% and 23% respectively over July 2013.The New Plate Mill that commenced operation in the month of June rolled out 3193 tonnes of plates during July, while another new unit that performed well was the new Sinter Plant-3 that produced 184638 tonnes of Sinter which was its best monthly performance.The production performance of July boosted the Plant’s performance in the first four months of the financial year significantly.In the April-July 2014 period RSP produced 1002092 tonnes of Hot Metal, 905283 tonnes of Crude Steel and 860079 Tonnes of Saleable Steel, thereby clocking a growth of 28.5%, 23.5 % and 20.6 % respectively over the corresponding period last year.In the Rolling Mills zone too, the production was equally good.In the first four months of the current fiscal, by producing 555770 tonnes of HR Coil, 164525 tonnes of Plate Mill Plates, 83489 tonnes of HR plates and 47129 tonnes of Cold Rolled Sheets/Coils, Rourkela Steel Plant registered improvement of 5.1%, 3.6%, 7% and 34.2% over the April-July period of 2013.Expressing happiness over the production performance G.S.Prasad, CEO of RSP has called upon the Plant collective to further improve the trend by synchronising the production from both the old and the new units, according to a release issued by RSP on Tuesday.