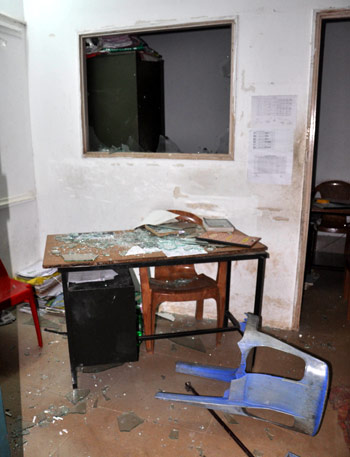 Odisha Channel Bureau Bhubaneswar, Sep 18: As college and university campuses were abuzz with activities relating to the forthcoming students’ union elections, elections for the Plus-3 students’ union in the prestigious BJB Autonomous College here was cancelled today due to poll-related violence on the college campus on Wednesday.The announcement about cancellation of the elections was made by College Principal Mohammed Nawaz Hasan after a staff council meeting held today.The college was closed sine die in the wake of pre-election violence on the campus.However, elections for the Plus-2 students’ union will be held as per schedule, according to Hasan.Per-poll violence had erupted in BJB campus on Wednesday when warring factions of the students had ransacked the principal’s office and other rooms in the college during the day and hurled bombs late in the evening.A meeting of the staff council was convened by the Principal where it was unanimously decided that the elections to the plus 3 students’ union of the college”.Tension continued to prevail on the BJB College campus as students demanded that the elections should be held as per schedule. Meanwhile, formal notification for holding the students’ union elections across the State on September 29 was issued by the State Government.As per the notification, filing of nomination papers, verification and the announcement of the list of contesting candidates will be completed on September 19.