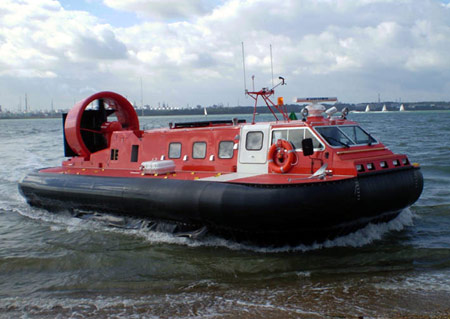 Odisha Channel Bureau Bhubaneswar, Sep 23: Government of Odisha’s Tourism Department will start hovercraft service between temple town Puri and Sun temple Konark a stretch of 34 km by first week of October in a bid to promote tourism in the State.Odisha Government also has drawn up plan to introduce water surfing and water sports in Puri as well as develop stand up paddle (SUP) boarding in the magnificent Chilika lake to further attract domestic as well as international tourists.“Chilika provides a similar experience to open ocean paddling but with significantly lower risks.The Eastern Ghats lend a dramatic backdrop for paddling and the lake is dotted by scenic islands and historical landmarks like the 19th Century British Tax Collection point building.Keeping in mind various islands in Chilika lake the Government also plans to add island hopping as part of further promoting tourism in the state,” said Ashok Chandra Panda, Odisha Tourism and Cultural Minister while speaking at the Odisha Tourism road-show in Bhopal on Friday.“With Union government’s stress on developing Buddhist Tourism circuit in India, we have pitched hard for the inclusion of Odisha in the proposed Buddhist circuit.Though Odisha has a strong presence of Buddhism, it has not been included in the Buddhist circuit.Why Odisha should not be included,” the Minister questioned.Talking about poor air connectivity, the Minister said, “I’ve proposed to Air India which provides services between Delhi-Bhubaneswar-Port Blair and it should be extended to Phuket to attract visitors from that region particularly Buddhist pilgrims from South Asia and South East Asia.” He also said that the State Government has made a strong case before the railway authorities to reinstate the services of the IRCTC sponsored train which earlier used to go to Odisha, so that the idea to look further east will be justified.“At a time when the Ministry of Tourism has been laying stress on cleanliness at sites of tourism importance under its Clean India Campaign, it remains a concern in one of the most visited places in Odisha – Puri.Every year, around one crore tourists visit the State and a majority of them go to Puri for the beach and the 12th Century Jagannath temple.Under the cleanliness campaign, the Tourism Department and Puri district administration have now identified traffic and parking junctions in the pilgrim town, Grand Road and the beach, where cleanliness will be given added emphasis for comfort of the tourists,” Panda said.“Though Puri has the distinction of having a sprawling beach in the eastern region, its cleanliness is a major concern.Taking the cleanliness to next level, we will introduce mechanised cleaning of beaches also,” he added.The next road-show by Odisha Tourism will be held in Bangalore in October.It organised five road-shows last year and has planned to organise eight road-shows this year.