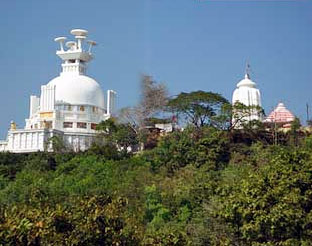 Odisha Channel Bureau Bhubaneswar, Oct 21: A memorandum of understanding was signed between Odisha Government’s Department of Tourism and India Tourism Development Corporation (ITDC) here on Tuesday for execution of light and sounds shows at Khandagiri-Udayagiri, Dhauli and Konark.“All these three heritage sites of our State represent confluence of all faiths, namely, Jainism, Buddhism and Hinduism,” Chief Minister Naveen Patnaik said while speaking at the MoU signing ceremony.“I compliment the Department for making this project happen which has potential to attract more and more tourists to the State,” Patnaik said.The Chief Minister also thanked the ITDC for their association and wished that the project becomes operational by the time line and much more before the ensuing Nabakalebara festival of Lord Jagannath.Stating that the State Government is committed to make Odisha as one of the preferred tourist destinations, Patnaik requested all stakeholders to cooperate in their endeavour to reach the goal.The cost of the project for implementation of light and sound show at Khandagiri-Udayagiri, Dhauli and Konark is Rs.6.15 crore, Rs.6.06 crore and Rs.6.56 crore respectively.Union Ministry of Tourism has sanctioned Rs.5 crore for each of the projects.The balance amount will be borne by the Odisha Government.The projects are expected to be completed within one year, according to the State Government.