Santosh Patnaik
Vijayawada: The State government has set in motion preparations to revive boating operations in an attempt to promote tourism.

Instructions have been issued to resume the boat operations in the State. Officials have been told to reissue licences for all 195 boats after conducting a full-fledged fitness check. 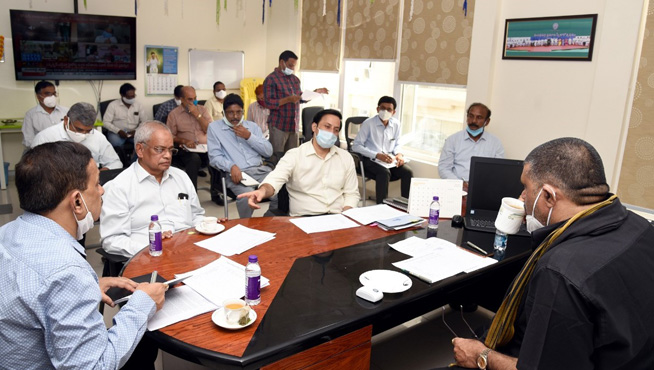 Boating operations were suspended after a tourist boat capsized near Devipatnam in the Godavari river in East Godavari district a year ago killing at least 35 persons.

Tourism Minister Muttamsetti Srinivas Rao said here that all the boats under the Tourism Department will start their operations soon based on the flood levels in the rivers. Boating operations have already started in Visakhapatnam and East Godavari regions and once flood levels recede, boating in Bhavani Island, Nagarjuna Sagar and Srisailam shall resume.

Of the total 195 boats, 56 small 12-seater boats were given licenses and 112 boats with higher capacity are yet to get the licence.

The Minister stated that new boats would be purchased either by the Department of Tourism or through Public-Private Partnership to ply in potential routes to boost the revenue.

In addition to these, as a measure to avoid boat accidents, nine Command Control Rooms have been set-up, he added.

The Minister reviewed the possibilities for increasing revenue generation in the tourism sector, especially in the coming four months at a meeting held at Amaravati.

He stressed on introducing sea-plane tourism connecting Visakhapatnam-Vijayawada-Hussain Sagar, as Prime Minister Narendra Modi inaugurated one such project in Gujarat.

There are 38 restaurants run by the Department of Tourism and during COVID lockdown, all these restaurants supplied food to COVID care centres and earned a revenue of Rs 22.5 crore.

A new restaurant on-board a ship would be opened in Visakhapatnam. The Minister said setting up of five and seven-star hotels were at proposal stage.

With regard to sports, the Minister said that a new stadium in Prakasam district and a shopping complex which were built with an expenditure of Rs 2.2 crore and Rs. 1 crore respectively will be inaugurated on Thursday.