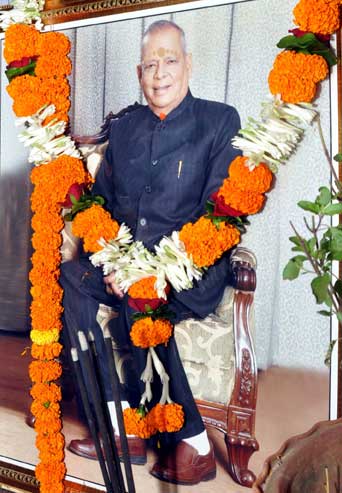 Odisha Channel Bureau Puri/Bhubaneswar, April 22: Thousands of people of Odisha stood alongside the road to bid farewell to Janaki Ballabh Patnaik when the departed leader’s body was taken from Bhubaneswar for cremation in Puri today.The cremation ceremony took place at Swargadwara cremation ground in the evening presence of several Ministers of the State, legislators, senior Congress leaders and hundreds of admirers of the late leader.Patnaik’s son Pruthvi Ballabh Patnaik lit the funeral pyre of the late leader at 8.35 pm.The last journey of the former Assam Governor began from his residence in Forest Park area of Bhubaneswar in the morning hours.The body was first taken in a procession to the Congress Bhavan where hundreds of party leaders and workers paid their last respects to the late leader.Congress leaders from New Delhi Ghulam Nabi Azad and B.K.Hariprasad were also present at Swargadwar to pay their last respect to the departed leader.OPCC president Prasad Harichandan, the late leader’s son-in-law Soumya Ranjan Patnaik were among the large number of leaders cutting across party lines at the cremation ground.The procession then reached the State Assembly where the late leader was given the guard of honour.Assembly Speaker Niranjan Pujari and many leaders paid their tributes to the three-time Chief Minister. 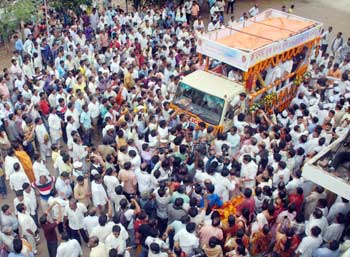 The body was then taken in the procession to Patnaik’s native village Rameshwar in Khurda district.Thousands of people from nearby villages waited for long hours to pay their last respects to the departed leader.From Rameshwar the funeral procession was to Puri and finally the mortal remains of the departed leader were consigned to flames.Patnaik breathed his last at 4 am on Tuesday in a private hospital at Tirupati where was admitted after he complained of chest pain.The veteran Congress leader had gone to Tirupati on Monday to attend the convocation Rashtriya Sanskrit Vidyapeetha as Chancellor of the university.