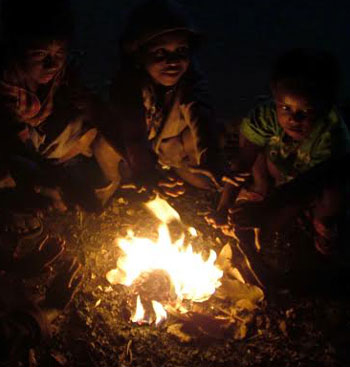 Odisha Channel Bureau Bhubaneswar, Dec 21: A cold wave has intensified its grip in most areas of interior Odisha badly affecting normal life of the people in Kandhamal district.Frost formation has been seen in Daringbadi in Kandhamal district where the mercury dipped below freezing point on Sunday night.Similar was the situation in the district headquarters town of Phulbani which recorded minimum temperature of 1.6 degrees Celsius.The sold weather condition has added to the miseries of the poor.The places that experienced minimum temperature below 10 degrees Celsius on Saturday are Sambalpur 9.3, Jharsuguda 8.2, Sundargarh 5.9, Keonjhargarh 6.4, Hirakud 8.3, Bhawanipatna 8.2, Balangir 9.0, Titilagarh 9.0, Koraput 6.8, and Malkangiri 9.2.The situation in hilly areas was worse with the people staying indoors during most parts of the day.Coastal regions of Odisha too are experiencing the cold wave during the past three days though the minimum temperature hovered over 10 degrees Celsius.According to Bhubaneswar Meteorological Centre, the cold wave condition across Odisha would continue to be intense till December end affecting normal life in interior regions of the State.