Odisha Channel Bureau
Bhubaneswar: The cold wave conditions eased in Odisha on Sunday with only two places a minimum temperature of below 10 degrees Celsius. 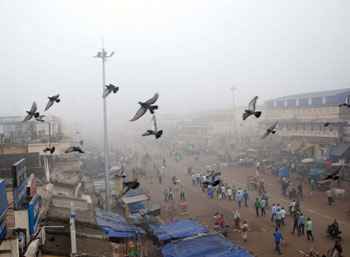 The remaining 22 places where the Meteorological Department records temperatures in the State recorded minimum temperature between 10.1 (Hirakud) and 17.1 (Paradip).

The maximum temperature at the 24 places varied between 24.8 degrees (Baripada) and 32.0 (Malkangiri).

Meanwhile, the Bhubaneswar Meteorological Centre predicted that weather will remain dry over Odisha with no significant change till January 21.

Shallow to moderate fog was likely to occur at a few places over coastal Odisha in the next few days.