Nirad Mohapatra is no more 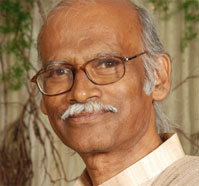 Odisha Channel Bureau Bhubaneswar, Feb 19: Veteran Indian film director Nirad Narayan Mohapatra is no more.He passed away in a private hospital in Mumbai this morning.He was 67.Mohapatra, who had had shot into international fame and become a household name in Odisha with his first Odia feature film `Maya Miriga’ (The Mirage) in 1984, is survived by his wife, two sons and a daughter.He will be cremated in Mumbai today, according to family sources here.Though Mohapatra never made another feature film, he concentrated on documentaries which won him many awards.He was constantly on the lookout for spreading good cinema among the common people and was often the mainstay of various film festivals held in Odisha.He was born on November 12, 1947 and was the eldest of seven siblings.His father was a freedom fighter (in pre-independence India), journalist and later entered active politics.His mother was a teacher in school.According to his personal website niradmohapatra.com, Mohapatra continued his studies and completed B.A (Hons) with distinction (1967).He enrolled for postgraduate studies in Political Science (Utkal University), but discontinued it to pursue his love for cinema and joined the Film and Television Institute of India, Pune (FTII) Direction Course, 1968.He was admired for a keen understanding of the theory of cinema.In 1971, he passed out with a first class diploma in film direction.In 1972-1974 joined faculty of film direction FTII as a lecturer.Many noted and acclaimed directors of India namely Girish Kasaravalli, Janhu Barua, Sayeed Mirza, Ketan Mehta, Manmohan Mohapatra, Bidhu Binod Chopra etc were students during those times.From 1974-1983 he founded and successfully ran a film society at Bhubaneswar, Orissa called Cinexstasy with the aim of popularising good cinema and create an opportunity for the members to see classics of world cinema with analysis by professionals.This was hugely popular and garnered lot of response from people interested in seeing good cinema from all around the world.Nirad was pivotal in many people from Odisha being inspired to take up a career in cinema and who went on to join FTII, Pune.In 1984, Nirad made Maya Miriga- his first feature film.The film was made with a shoestring budget.It was also made with an ensemble of primarily amateur actors.The film was shot completely in Puri, a beachside town in Orissa.The film dealt with the ever potent issue of those times (it’s still relevant today) – the joint family, aspirations of its members and its breaking up.This directorial debut went on to bag a lot of honour and accolade.It was adjudged as the second best national film in 1984, Indian panorama.Maya Miriga was also adjudged the Best Third World Film at Mannheim-Hiedelberg International Film Festival (then West Germany).It got the Special jury award at Hawaii Film Festival, U.S.It was selected for the ‘Critics Week’ of Cannes (France), Regus London Film Festival, Locarno Film Festival, Los Angeles, and other international film festivals.In 1985 he was invited to visit four US universities to lecture on films.