Andhra denies any move to reduce height of Polavaram dam

Santosh Patnaik
Vijayawada: Andhra Pradesh Government on Sunday denied any move to reduce the height of the Polavaram dam.

Referring to criticism over the height of project opposed by Odisha and Chhattisgarh over submergence of bordering tribal areas, Minister for Irrigation Anil Kumar Yadav said they would complete Polavaram on time. 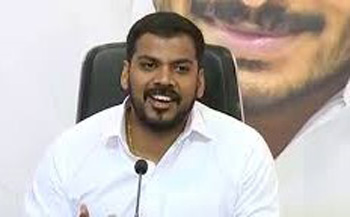 Brushing aside the claims on reducing the height of Polavaram, Yadav told media at Nellore that there would not be any reduction in height of the dam. He said that the project would be completed on time. The NDA has declared it as a national project as per promise made at the time of bifurcation.

The Minister slammed TDP leaders for planting stories and propagating false news through their friendly media to divert the attention of people.

Not an inch of the height of Polavaram dam would be reduced and it would be ready by December, 2021.

The previous TDP Government had neglected the R&R package and concentrated on contracts and commission. It was more focused on kickbacks.

He alleged that the TDP had never reached out to a single house for rehabilitation and was now speaking of R&R package.

It was Chief Minister Y.S. Jagan Mohan Reddy who was committed to complete the R&R of irrigation projects Gandikota, Veloginda, and even Polavaram. The State Government, he said, had spent Rs. 950 crore towards R&R package for the Gandikota project, Rs. 1200 crore for the R&R Veligonda project.