Differences come to fore in YSRCP

Santosh Patnaik
Visakhapatnam: Within one and half years of forming government, murmurs of protest are coming to the fore in YSR Congress Party.

To nip the differences in the bud, Andhra Pradesh Chief Minister Y.S. Jagan Mohan Reddy has warned the party leaders not to express their dissidence in public fora.

The trigger for CM’s stern warning was a sequel to protest by two MLAs to the criticism made by YSRCP parliamentary party leader V. Vijay Sai Reddy at a recent meeting of District Review Committee in the presence of district in-charge Minister K. Kannababu here. 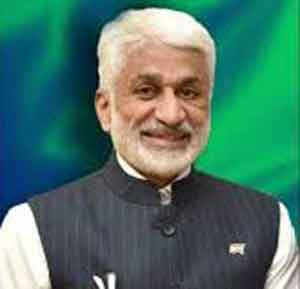 The Rajya Sabha member in his address blamed politicians for their involvement in land encroachments after Visakhapatnam was declared as executive capital and irregularities in Nadu Nedu (now and then) programme. The State is spending Rs.12,000 crore in phases on making government schools vibrant and competitive.

Taking strong exception to the remarks, Anakapalle MLA and party official spokesman Gudivada Amarnath said if anything is there, the senior leader should make specific charges.

Another MLA from Chodavaram Karnam Dharmasri said he was never involved in
any land encroachment.

This is not the first time as protests are heard intermittently since change of political dispensation last year June.

Narsapuram MP K. Raghu Ramakrishna Raju, who raised a banner of revolt against Jagan Mohan Reddy, has been accusing the Chief Minister of wrongdoing under the influence of ‘coterie.’

The Chief Minister hinted at the time of government formation that he would recast 90% of Ministers after two and half years. Political observers say is likely to turn a thorny issue for the ruling party, which has launched a series of populist schemes to consolidate its support base.