Tension mounts as Odisha, AP accuse each other of intrusion

The tribals living in the area are facing an uncertain future with both States claiming jurisdiction.

Santosh Patnaik
Visakhapatnam: The border dispute between Andhra Pradesh and Odisha has taken a new twist with accusations surfacing over jurisdiction of their bordering areas.

For past few days, the bordering villages of Odisha’s Koraput district and AP’s Visakhapatnam district are under the grip of tension with officials from both States conducting survey of forestland. 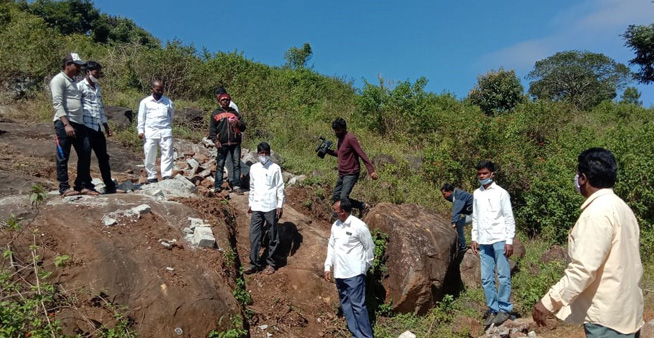 The tribals living in the area are facing an uncertain future with both States claiming jurisdiction.

While Odisha says trouble sparked off after AP officials went up to 500 metres at Sunabeda in Sampai panchayat in Pottangi block and installed a board, AP officials claim that Odisha team intruded into their area declaring part of Kolaput block of Dumbriguda mandal in Visakhapatnam district as their territory.

The tribals in the border areas, who live in harmony for several decades are now feeling worried about their future with political leaders from the two States making a beeline to the disputed area.

The area under dispute is few km away from AP’s popular tourist spot of Araku.

Koraput Collector Madhusudan Mishra said they were trying to undertake a joint survey and under no circumstances they would surrender any area to the neighbouring State.

AP and Odisha have protracted legal battle over jurisdiction of 21 villages between Pottangi (Odisha) and Salur (AP) tehsils known as Kotia Group of Villages. Interestingly, here villages have different names in the records of the two States.

For instance, one of the disputed villages is cited as Dhulipadar in the records of Odisha and Dhulibhadra in AP.

The tribals in Kotia villages have separate voter ID and Aadhar cards in different names to avail ration and other benefits from both the States.