By J.DevaprakashAbout NPCILNuclear Power Corporation of India Limited (NPCIL), a Public Sector Enterprise under the administrative control of the Department of Atomic Energy (DAE), Government of India, is engaged in nuclear power generation.With its strong capabilities in design, construction, commissioning and operation, NPCIL builds and operates nuclear power plants in India.It presently operates 21 nuclear power reactors , with an total installed capacity of 5780 MW, located at seven different sites across the country.Its reactors fleet comprises two Boiling Water Reactors (BWRs), 18 Pressurised Heavy Water Reactors (PHWRs) and a Pressurised Water Reactor (PWR).Besides, NPCIL is constructing five more reactors with a total capacity of 3800 MW.A Passionate Programme: In Admiration of NatureThe areas around the Indian nuclear power plants shelter a plethora of wildlife.As a responsible corporate citizen NPCIL took decisive steps for the stewardship of this serene nature.In 2006, it set off a special initiative called Environment Stewardship Programme or ESP with its nature-loving employees as members.Nature clubs were established and programmes like bird monitoring and habitat management were kicked off.The members have been helping conserve the ecosystem.During work time, they are busy generating electricity inside the nuclear power plant, while many of their dawns and evenings are spent observing the behaviour of wildlife and habitats around their workplace.ESP follows a three-fold approach to make things happen professionally: One, association with premier nature conservation institutions for technical know-how; two, imparting training to its members to keep them up to date on nature watch and conservation; and three, sensitising the members of public to the importance of environment.The Exclusion Zones: Where Nature Abounds The Indian nuclear power plant sites are the places where modern science share space with the pristine nature.At each of these seven sites, there are two major parts which are separated by thin walls.Inside the boundary stands majestically the nuclear power plant, where atoms are split for electricity, and in its widespread fringe nature abounds. 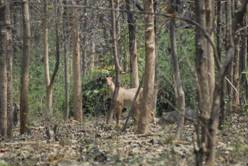 There are rationales behind how these two phenomena go in concert.Only a fraction of this about-a-mile-radius area, called exclusion zone, is used for roads and plant buildings while the rest remains undisturbed.Secondly, it also has ample water resources, features a range of habitats, and holds a bounteous plant life.Thirdly, there is almost no human influence on the environment here, as no one dwells in this Central Industrial Security Force guarded place.Above all, nuclear power generation maintains a perfect harmony with the nature.It never emits any harmful gases or particulates that affect the environment. With no pollution around, the flora thrives generously and wilderness is preserved.Refuge, food, water, and clear air: these features draw a great deal of wildlife like birds, butterflies, reptiles and mammals to the sites of Indian nuclear power plants.So no wonder many of them have made the EZ their homes.According to the studies conducted in collaboration with premier nature conservation institutions, the exclusion zones of Indian nuclear power plants are home to hundreds of plants, over 200 varieties of birds, about 70 species of butterflies, several mammals and reptiles, and a wide range of aquatic species NPCIL’s ESP helps to preserve these precious ecosystems.The members of ESP at each NPCIL site help preserve the nature around their respective region.They conduct seasonal surveys on birds and butterflies, monitor the migratory birds, prevent wetlands from drying up, establish pesticide-free gardens for butterflies, mange habitats, and create awareness among the public about the importance of wildlife.Nature Clubs: To Help Preserve the Ecosystem While launching the Environment Stewardship Porgramme, NPCIL has instituted seven nature clubs, one at each of its sites.The clubs were named after a threatened bird found in that region.For instance, the nature club in Narora Atomic Power Station was called Skimmer Nature Club to commemorate the Indian Skimmer Rynchops albicollis, a wetland bird classified as vulnerable, that is found in Narora.Similarly the nature club in Rajasthan Atomic Power Station was named after Gyps vultures as Gyps Nature Club.Along these lines other nature clubs were also named: Ibis Nature Club of Kakrapar Atomic Power Station; Harrier Nature Club of Tarapur Atomic Power Station, Frog Mouth Nature Club of Kaiga Atomic Power Station, Pelican Nature Club of Kudankulam Nuclear Power Project and the Stork Nature Club of Madras Atomic Power Station.

The employees of the respective site became members of these clubs.Passion for nature and willingness to take part in nature programmes were the only two requirements to join the club. Support poured in, and about 30 – 40 employees at each site became members.In total, about 200 employees across NPCIL have been associated with the nature clubs.The club activities were birds-centric in the beginning, as birding was an easiest way to get close to nature and understand it.But as the days passed by, activities were widened and projects beyond avifauna were evolved.Habitat management programmes were started, butterfly gardens were established and a turtle-breeding center was established as part of ESP.With total support from the NPCIL management, the members have been performing a range of environment activities.From nature watch to public awareness campaigns, from butterfly surveys to bird marathons, from wetland studies to turtle conservation, from habitat improvement to environment protection, and from field observation to report publication are to name a few.