By Anil DhirBhubaneswar, May 8: Very few people will know that Mahatma Gandhi had made eight visits to Odisha from 1921 to 1946.The Mahatma was deeply influenced and touched by his experiences and has widely written about it in his articles and letters.This month we commemorate the 81st year of his famous Harijan Padayatra.Gandhiji had arrived at Puri on 7th May 1934 by train.He had earlier made pit stops at Bamur, Angul, Banarpal, Meramandali and Cuttack.He spent the first day in silence and held a public meeting at Puri on the 8th where he announced his Padayatra for the removal of untouchability.Even those who had accompanied him were taken aback, the original plan was for Gandhiji to travel by motor car and hold public meetings on the way. 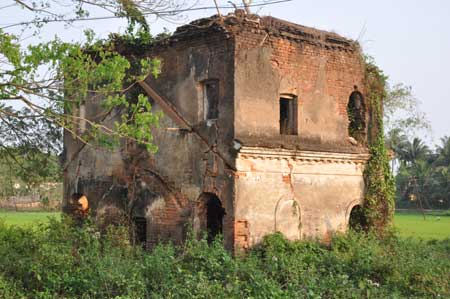 The Mahatma had started his Padayatra from the Singhadwar at 5.30 on the morning of the 9th May 1934.Like the ancient sages who travelled on the Jagannath Sadak, he was determined to propagate his message of love, brotherhood and equality throughout the countryside.Although the Mahatma’s sacred mission was to root out the prevalent evil of untouchability, while addressing the public meetings he also asked people to discard intoxicants and follow simple rules of health and hygiene.The Mahatma was accompanied by Miraben, Amritlal Thakur, Sushila Behn, Uma Bajaj (daughter of Jamnalal Bajaj), Padmabati Devi (wife of Jaya Prakash Narayan), B.G.Desai, Gopabandhu Choudhury, Rama Devi, H.K.Mahatab, Nilakanth Das, Jadumani Mangaraj, Bichitrananda Das, Binode Kanungo, Surendra Pattanaik, Sahadeb Das and a German Journalist Kurt Butow.This famous march was a novel experiment and the Mahatma has realised that even though by travelling on foot he could not cover big distances, but the huge potential of meeting a greater number of people and the intimate contact was more effective.He visited many Harijan, villages on his way to Cuttack.His first stop was at Kadua where he had stayed in the Harijan boarding there.The second day, i.e.10th May, Gandhiji arrived at Dandamukundpur, where a public meeting was held at the High School, which is presently, the Gopabandhu Memorial High School.Gandhiji had stayed at the two storied house of Rama Sahu, a rich landlord from Cuttack.The house was inside the premises of the Murli Manohar Matha, which the Zamidar had made in the Basudevpur village, just half a kilometer away from the Jagannath Sadak. This house was a two storied building, Gandhiji stayed in the upper floor.Chintamani Panigrahi was in attendance. At four in the morning Gandhiji, came down and had his bath in the small pond just behind the house and then after a frugal breakfast commenced his Padayatra towards Pipili.Earlier in the night, he had written a letter to M.Visvesvaraya, the eminent engineer of the time, asking him to come to Odisha and make assessment for projects for flood control.Today, the house sits decrepit among the rice fields.It is a silent reminder of the Mahatma’s visit, which was a turning point in the freedom struggle of India.The family has abandoned the house and even though in ruins, it still is a majestic structure.The pond and the very steps on which the Mahatma had his bath are still intact.The house was discovered by the INTACH team while surveying the Jagganath Sadak Project.The Indian National Trust for Art and Cultural Heritage, Odisha, has launched a Project “Listing and Documenting the Monuments of the Jagganath Sadak in Odisha”, in which all the remnants of the old road are being documented.The project is being undertaken to highlight the sad plight of this once great and now forgotten road on which the pilgrims travelled to visit the gods at Puri.The report will be released before the Nabakalebara of the Lord this year.The State Convener of INTACH, A.B.Tripathy along with Anil Dhir has visited the spot for an assessment of the old building. Tripathy said that the building should be preserved as a heritage structure and said that he will write to the government and the Gandhi Foundation for taking steps to restore and conserve the building.INTACH will be willing to offer all assistance in the venture.The Bhubaneswar Chapter Convener H.Balakrishnan said that the Jagannath Sadak Project has opened up new chapters in the matter of the spread of Jagannath Culture and the social development of the State.Former Chief Secretary Sanjib Hota is of the opinion that the State government and the Gandhi Smarak Nidhi should develop a Gandhi Circuit in the State, as there are many important places which mark the Mahatma’s visit.The people of Odisha had loved and adored Gandhi.Many of them believed that he was an incarnation of God; the only temple of his is in Odisha.Right from his first visit, Gandhiji had realized that people of Odisha were poor but large-hearted.He was deeply moved when in response to his appeal to contribute to the Tilak Swaraj Fund, hundreds of thousands of famine-stricken people of Puri contributed a paise or an anna, which they had tied in their cloth.He once said, “The famine-stricken skeletons of men and women in Orissa haunt me in my waking hours and in my dreams”.This forgotten vestige which was so closely associated with his Padayatra should be preserved.Anil Dhir is Project Head, INTACH Jagannath Sadak Project