Focus on welfare of the child: LCI 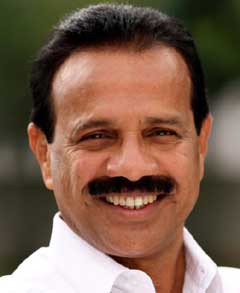 Odisha Channel Bureau New Delhi, May 22: The Law Commission of India (LCI) has submitted its Report No.257 on `Reforms in Guardianship and Custody Laws in India’ to the Union Minister of Law and Justice D.V.Sadananda Gowda here today.According to an official release issue here, the report suggests amendments to existing laws to emphasise the “welfare of the child” in custody and guardianship matters, and introduces the concept of joint custody as an option to be considered in certain cases.Children are the worst affected in proceedings of divorce and family breakdowns.Often, parents use children as pawns to strike their own bargains, without considering the emotional, social and mental upheavals that the children may face.The Commission believes this imbalanced situation can be addressed in some measure through changes to the law that will place a duty upon the court to uphold the child’s welfare in each and every case.This will ensure that the child’s future is safe and protected, regardless of changing familial circumstances.Courts in India have recognised the welfare principle, but many aspects of the legal and judicial framework remain wanting.Courts tend to grant custody of a child to either one parent or another, presuming that it is for the welfare of the child.Joint custody arrangements, where both parents have custody of the child, are rarely considered.Problems in court decisions are compounded by inconsistencies in the law.For instance, the Hindu Minority and Guardianship Act, 1956, regards the welfare of the child as being of paramount consideration, but the Guardians and Wards Act, 1890, contains no such provision.Similarly, the 1956 law does not treat the mother on an equal footing with the father as the natural guardian of her child.Further, custody battles are among the most fiercely fought in courts, because there is no agreement or understanding about what constitutes the welfare of the child.As a result, it is impossible to ensure that the interests of the child are actually protected.The legal framework also contains no guidelines about the manner and process by which custody issues should be handled.Accordingly, this report of the Law Commission reviews the current laws dealing with custody and guardianship, and recommends legislative amendments to the Guardians and Wards Act, 1890 and the Hindu Minority and Guardianship Act, 1956.These amendments are necessary in order to bring these laws in tune with modern social considerations.Major amendments are recommended to the Guardians and Wards Act, 1890, by introducing a new chapter on custody and visitation arrangements.The Commission believes that the Guardians and Wards Act, 1890, being a secular law, will be relevant for all custody proceedings, besides any personal laws that may apply.The new chapter opens with a set of objectives, to clarify that the welfare of the child is the primary guiding factor in all such matters.For the first time in India, the amendments also introduce several concepts relating to joint custody and child welfare, such as child support, mediation processes, parenting plans, and grand parenting time.The key aspects of the legislative recommendations are as follows: 1. Welfare principle: The draft law strengthens the welfare principle in the Guardians and Wards Act, 1890, with a continuous emphasis on its relevance in each aspect of guardianship and custody related decision-making2. Abolition of preference: The draft law removes the preference for the father as the natural guardian under Hindu law, and both parents are granted equal legal status with respect to guardianship and custody.3. Joint custody: The draft law empowers courts to award joint custody to both parents in circumstances conducive to the welfare of the child, or award sole custody to one parent with visitation rights to the other.4. Mediation: Parties to a custody matter must ordinarily consider expert-led and time-bound mediation, which can not only promote better outcomes for parents and children, but also reduce the strain on the overburdened court system.5. Child support: The draft law empowers courts to fix an amount specifically for child support, to meet basic living expenses of the child.Financial resources of parents and the standard of living of the child must be considered when fixing such amounts.Child support must continue till the child turns 18, but may be extended till 25; or longer, in case of a child with mental or physical disability.6. Guidelines: The draft law includes detailed guidelines to help courts, parents and other stakeholders arrive at the best arrangement to serve the welfare of the child.The guidelines introduce several new concepts in this regard, including parenting plans, grand parenting time, visitation rights, and relocation of parents.They also elaborate the position on related aspects such as determining the intelligent preference of a child, access to records of the child, and mediation.