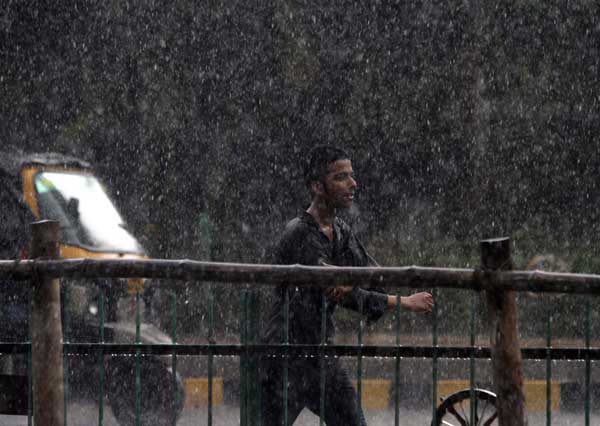 Odisha Channel Bureau Bhubaneswar, June 13: The south-west monsoon hit Odisha today marking the start of rainy season after the grueling summer months.The monsoon arrived as the people across the State were making final preparations to celebrate the annual Raja festival from Sunday.The monsoon reached the State covering Malkangiri, Koraput districts and many parts in coastal Odisha, including the Capital city of Bhubaneswar.Rourkela also experienced rains during the day.The rains brought down temperature bringing the much-needed relief of the people.The monsoon would be active across the State in the next three days.“As expected, the south-west monsoon has reached Odisha on June 13.We had predicted onset of monsoon anytime between June 13 and June 15,” observed an official at the Bhubaneswar Meteorological Centre.The Centre in its weather bulletin said heavy rainfall may occur at most places in the three subsequent days.There would be increase in rainfall subsequently.While most of the regions experienced maximum day temperature crossing 40 degrees Celsius during the past few weeks, Bhubaneswar had recorded the season’s maximum day temperature of 44 degrees Celsius four days ago.The summer this year had been unforgiving and more than 40 deaths due to sunstroke were reported from different parts of Odisha.