Odisha Channel Bureau Jagatsinghpur, June 15: A gang of criminals broke open the house of a judge of a lower court and decamped with cash and jewelries in his native village in Odisha’s Jagatsinghpur district. 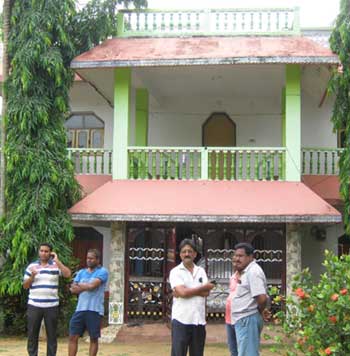 It’s pertinent to note here that on May 30 a gang of armed robbers had barged into the house of a retired Orissa High Court judge in Cuttack city and tied up the judge and two of his family members and fled with gold ornaments and Rs 13 lakh in cash.Later police had nabbed the criminals who had executed the daring robbery with a degree of professional expertise.The robbery was perpetrated in Kania village under Balikuda police station jurisdiction yesterday night when Judicial Magistrate First Class (JMFC) Soven Kanungo posted in Kalahandi district’s Bhawanipatna was away to Jagatsinghpur to attend a function with family members.Kanungo was on vacation leave to spend time with family members in his ancestral village, police sources said. The robbers decamped with Rs 30,000 cash, 100 grams of gold valued at Rs 3 lakh, a laptop besides other household articles.Search is on to nab the robbers at the earliest, added police.