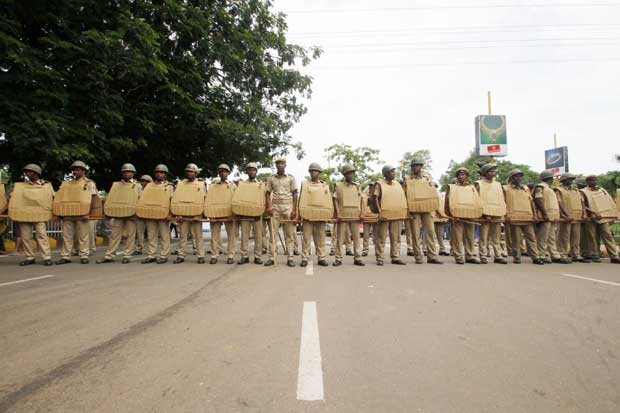 Normal life was thrown out of gear as passenger buses remained off the roads and streets wore a deserted look in most parts of the State.Shops, business establishments, educational institutions and petrol pumps remained closed.Essential services were kept out of the purview of the bandh.Train services were also affected as hundreds of Congress workers and leaders blocked trains at various railway stations at Bhubaneswar, Cuttack, Berhampur, Balasore, Rourkela and Sambalpur.As the bandh started since morning, Chief Minister Naveen Patnaik could not come out of his home Naveen Nivas to attend office at the State Secretariat till 12.30 pm.Patnaik came to the Secretariat amid tight security at 12.35, only after a large number of senior Congress leaders and prominent leaders of the Mahila Congress were arrested blocking Patnaik’s route near A.G.Square and in front of Jayadev Bhavan to enforce the bandh.The Congress leaders and workers raised slogans against the Naveen Patnaik Government for its alleged failure to ensure smooth conduct of the Nabakalebara rituals of Lord Jagannath. 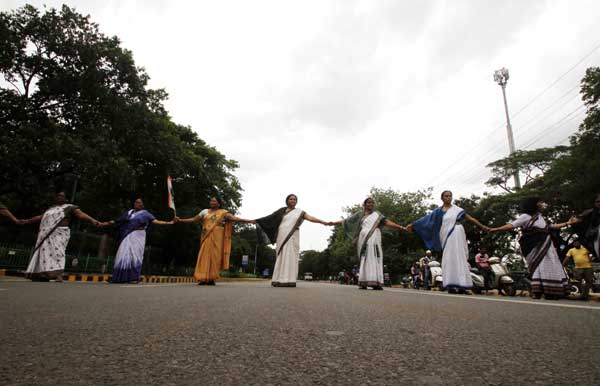 The arrested leaders include OPCC president Prasad Harichandan, former OPCC presidents Jayadev Jena and Sarat Patnaik, senior legislator Chiranjib Biswal, State Mahila Congress president Bijayalaxmi Sahoo and spokesperson Sulochana Das. While courting arrest, Harichandan and other leaders blamed the BJD government for the mismanagement in the Brahma Parivartan.They demanded that Patnaik should resign as Chief Minister, and a judicial probe be ordered into the Brahma Parivartan fiasco.Adequate security arrangements were made by the police to prevent any untoward incident at any place.Odisha Pradesh Congress Committee president Prasad Harichandan thanked the people of the State for their spontaneous support the bandh.The blunder committed by unscrupulous elements supported by the Jagannath Temple Administration (JTA) and the state government during Bramha Parivartan has hurt millions of followers of Jagannath cult besides the people of the State, Harichandan said.While Congress activists were seen enforcing the bandh at various places and blocking vehicular traffic, people in general also participated in the bandh. 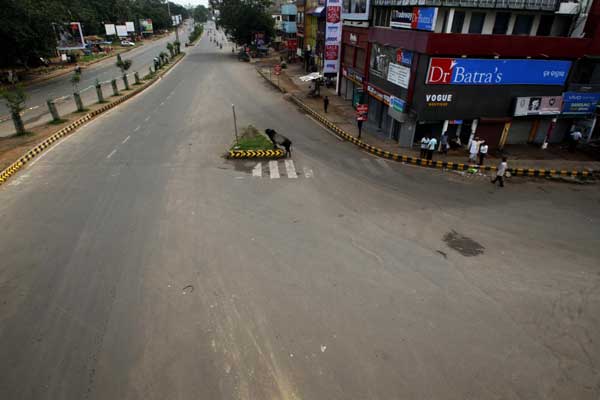 Further, after the bandh comes to an end in the evening, the leaders, office bearers and workers of Congress will move to Ram Mandir in Bhubaneswar where they will spend the whole night by lighting up diyas, after begging excuse to the Lord for the sin committed by the State government.