Odisha Channel Bureau Jagatsinghpur, July 22: Even as the Rs.34,555 crore worth Paradip oil refinery project has been rescheduled for December, 2015 commissioning deadline, the project-affected locals staged a noisy demonstration in front of the Jagatsinghpur district Collector’s office here today.The principal grouse of the protesters was that the oil company has failed to rehabilitate the displaced and land-losers’ families in accordance to rules and guidelines framed in this regard. 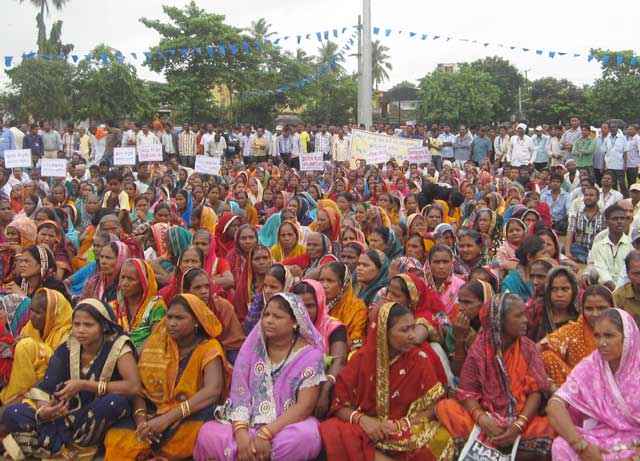 “The oil company has let the people down.Those who lost out agriculture and homestead land due to the project have been shabbily treated by the oil company.For reason best known to the authorities concerned, the company has so far shied away from employing the members of the displaced families on permanent job payroll,” alleged Jamihara Chasi Sangha Abhay Sahu. “The Indian Oil Company employment has resolved to lay emphasis on generating employment avenues for the affected landowners besides people living in the peripheral areas of the project.While engaging people in the project, the company being a public sector undertaking is being strictly guided by Rehabilitation & Relief (R&R) Policy formed by the Government and approved by Rehabilitation Advisory Committee (RAC) on December 2, 2002,” said Executive Director, Paradip oil refinery project, Ramjee Ram.The company has assured to provide jobs to the members of displaced families on merit.While 143 families had lost out their land were displaced by the project, 92 families had rejected the employment offer and had been paid higher compensation package against their acquired land.Thus at least one member from the rest of 49 families would be on the permanent payroll of the company.We have already engaged majority of them on contractual jobs.The Paradip oil refinery is a government-run unit.Recruitment policy, however, is subject to Government of Indian rules, he added.