Odisha Channel Bureau Kendrapara, Aug 12: If everything goes the right way, Odisha’s Bhitarkanika national park may figure in the world heritage list. Presently, the famous Konark Sun Temple is the only site from the State that enjoys the world heritage site status.Odisha Forest Department and Wildlife Institute of India have recently inked a Memorandum of Understanding (MOU) for compilation of a comprehensive bio-diversity dossier of Bhitarkanika national park. 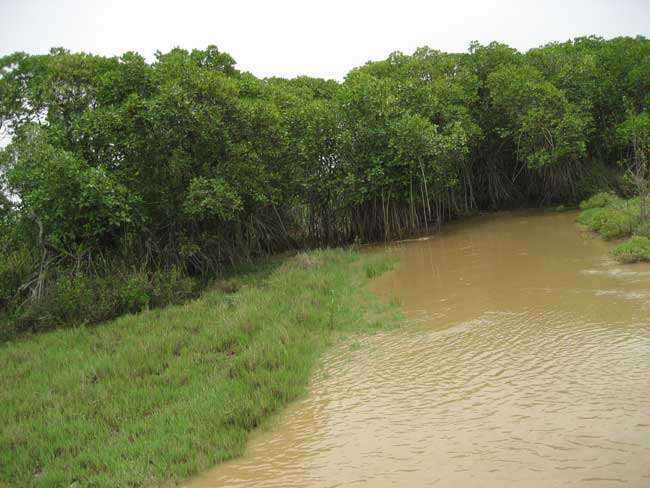 As part of their job to compile wide-ranging ground-level information on bio-diversity, eco-system and local human habitation and socio-economic condition of locals and their dependence on forest produce, a four-member team of scientists from WII, Dehradun yesterday visited the national park in Odisha’s Kendrapara district.The state forest department signed an MOU with WII, Dehradun on Monday.The WII, which has the expertise in such delicate spheres, has been handed over the task on bringing together the Bhitarkanika’s comprehensive dossier.The WII team headed by Manoj Nayar began their month-long exercise from today.They are expected to submit the dossier in a month span, according to Principal Chief Conservator of Forest (Wildlife) and Chief Wildlife Warden, S.S.Srivastava.The National Park is currently under scrutiny of the several UNESCO committees to ascertain whether it deserves the status of world heritage site.The park also figures in the tentative list of heritage sites of the global body.We are optimistic that WII dossier which would be later forwarded to UNESCO through union forest and environment ministry would go a long way in receiving the global recognition, he said.