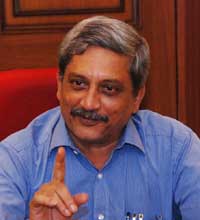 The benefit will be given with effect from 1st July, 2014.The present government assumed office on 26th May, 2014 and therefore, it has been decided to make the scheme effective from a date immediately after, Parrikar said.Arrears will be paid in four half-yearly installments.All widows, including war widows, will be paid arrears in one installment, he added.To begin with, OROP would be fixed on the basis of calendar year 2013.Pension will be re-fixed for all pensioners retiring in the same rank and with the same length of service as the average of minimum and maximum pension in 2013.Those drawing pensions above the average will be protected.Personnel who voluntarily retire will not be covered under the OROP scheme.In future, the pension would be re-fixed every 5 years.It is estimated that the expenditure on arrears alone would be ten to twelve thousand crores of rupees. Apart from the fact that the previous government had provided for only Rs.500 crore in the budget, it is noteworthy that the Koshiyari Committee had accepted the estimate of Rs.235 crore as additional financial burden to implement OROP.“The present government has accepted OROP in true spirit without being constrained by these inaccurate estimates,” the Minister said.“OROP is a complex issue.A thorough examination of interests of retirees of different periods and different ranks is needed.The inter-service issues of the three Forces also require consideration.This is not an administrative matter alone.Therefore, it has also been decided that a One Member Judicial Committee would be constituted which will give its report in six months,” said Parrikar.The veterans, however, demanded a five member committee under the Defence Minister and the report submitted within one month.