Health report card of Chilika Lake to be published soon 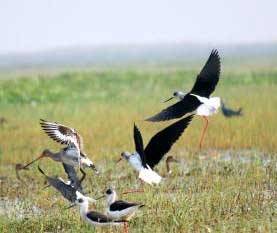 Odisha Channel Bureau Chilika (Odisha): The second ecosystem health report card of Chilika Lake would be published soon.It would capture the entire episode of the effect of cyclone Phailin on the lake ecosystem.Coastal ecosystem is very sensitive and fragile in nature though they have got an amazing resilience.The scale of resilience depends on its state of the health of the ecosystem.However, impacts of sudden change at times cause profound damage to the ecosystem which is irreversible.The recovery of the Chilika ecosystem from the impact of the severe cyclonic storm Phailin demonstrates that it has amazing resilience.This has been concluded in a multidisciplinary study involving several scientists from premier institutes of the country. 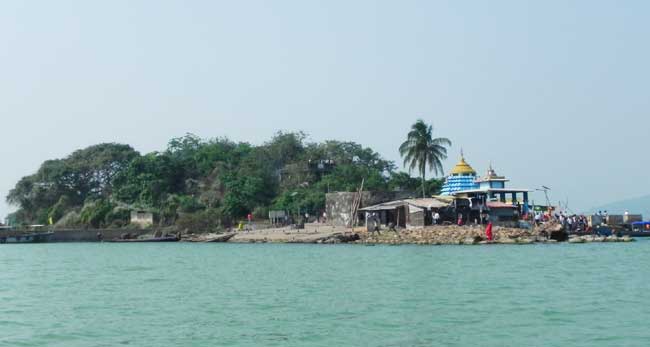 On the evening of October 12, 2013, Phailin brought torrential downpours, damaging winds of more than 220 kmph and storm surges of up to 3.5 am.The land fall was quite close to the lake and it had severe deleterious impact on the lake.The cyclone Phailin followed by torrential rain brought significant ecological changes in the Chilika ecosystem.Coincidently to bridge the knowledge gaps, 2012 onwards, Chilika Development Authority (CDA) had commissioned several long-term research studies that are funded by World Bank under Integrated Coastal Zone Management (ICZM) project. These research activities are commissioned in collaboration with premier institutes of India such as CIFRI, BNHS, IISER, RPRC, and KIIT University.These studies were focused on ecological important components of the lake ecosystem such as fishes, birds, macrophytes, benthos, and microbial communities of Chilika lagoon ecosystem some of them are known as very good bio-indicators.Immediately after the Phailin, it was felt necessary to take an immediate survey of the lake to assess the impact of the cyclone on the biodiversity and physicochemical characteristics.In this context, CIFRI, BNHS, IISER RPRC, and KIIT University undertook special campaign during the month of October and November 2013 and submitted a detail report based on the analysis of the baseline data collected prior to Phailin and post Phailin.The important findings are as follows;The shocking post Phailin finding was that the salinity level of the lake has been dropped to 0.00 PSU during October 2013.This was a major concern as it had major impact on the brackish and marine elements of the lake ecosystem.The sea grass meadows were also completely wiped out along with other macrophytes.Phailin event clearly had an impact on benthic macrofaunal communities (these are sessile animals found buried in mud and cannot move much but are very good indicator of health of the lake ecosystem).Immediately after this cyclonic event, there was a sharp decrease in the overall abundance of macrofauna, although Gastropods still dominated the system.The sharp changes in their abundance in link with environmental variables such as salinity and pH were recorded across all sectors of Chilika lagoon.However, it was equally interesting to document that there was a sharp increase in macrofaunal species diversity in Chilika lagoon after Phailin.This sharp increase in species diversity could have happened due to transport of sedimentary associated macrofauna from the coastal Bay of Bengal or due to churning of deeper sediments resulting in high incidence of observed macrofaunal taxa.The macrofauna abundance did not recover sharply in November although the species diversity did increase during this month.Only during the month of December, the macrofauna abundance recovered throughout the lagoon as well as the species diversity showed an ascending trend.The relative abundance of major macrofaunal groups changed after the cyclone event and from December onwards recovery was noticed across the study area.Just like in case of macrofauna, Phailin had a direct effect on the numerical abundance of meiofauna.Immediately after the Phailin, there was a sharp fall in the numerical and relative abundance of meiofauna and representative meiofaunal functional groups.Nevertheless, foraminiferida and marine nematodes constituted bulk of the assemblages even after this cyclonic event.Presently efforts are underway to characterize the meiofauna trends for the month of November and December.Several dead foraminifer tests collected across different sectors of the lagoon during October, when looked under a microscope, showed evidence of physical forcing indicating that the cyclonic event shifted sediments across the lagoon and thereby affecting metazoan communities.The benthic community structure which was significantly altered following this severe cyclonic event may have also contributed to an altered benthic production in Chilika lagoon.Amazingly, the benthic community recovered within few months which indicating the amazing resilience of the lake ecosystem.The storm surge accompanied by incessant heavy rains resulted in coastal inundation, large scale destruction of coastal vegetation, physical movement of floating aquatic plants, increase in silt load and alternation in physio-chemical characteristics of the lake water and sediment.It is interesting to note that there was a drastic reduction of biomass yield per unit area for sea grass species.There was also reduction in biomass production in phragmites karka in all ecological sectors after the cyclonic storm.However after 12 months the seagrass meadows are seen to be recovered along with other macrophytes.After Phailin, the fish catch of the lagoon increased significantly. The increasing trend is clearly visible when the catch was represented in terms of Catch per Unit Effort (CPUE).A significant increase was recorded in catch of exotic fish and fresh water species during Phailin where the catch of Oreochromis mosambicus increased. These indicate that these species must have reached the lagoon in such large quantity through the floods from other localities around the catchments of the lake. While the Ctenopharyngodon idella may not cause much harm to the lake community, entry of Oreochromis mosambicus and Clarius gariepinus was a serious concern.Interestingly, it is being observed that these alien species gradually disappeared from the system and the natives again colonized within one year.The lake ecosystem appeared to be resilient and showed signs of recovery from the sudden change occurred during cyclone Phailin.This has attracted the attention of the scientists and experts around the globe and many institutions have shown interest to study the amazing ecosystem of Chilika Lake.According to an official release, CDA in collaboration with NCSCM Chennai is now planning to come up with the ecosystem modelling of the lake for a better understanding.