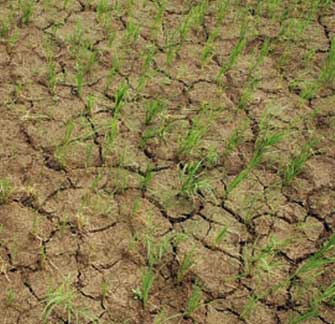 Odisha Channel Bureau Bhubaneswar: Amid growing criticism from opposition parties and farmers’ organizations over the ongoing farm suicides, Odisha Government today admitted that it had received reports on as many as 41 farmer suicides in the State.Unofficial reports, however, put the farmer suicide toll in different regions of drought-hit Odisha beyond 50 since last month.State Special Relief Commissioner G.V.V.Sarma told journalists that the reports about the suicides are being examined by the government.Sarma, however, did not divulge the causes of these suicides though the administration in the districts concerned has been conducting investigation into such suicides one after the other.The Naveen Patnaik Government admits that there has been crop loss in 139 of the total 314 blocks in the state.It, however, is trying hard to show that the deceased farmers have not taken the extreme step due to crop loss.The State government is also not ready to accept the fact that the distressed farmers were committing suicide due to burden of loans they availed from local money lenders.The police and district administrations, however, have been asked to keep a vigil on the local money lenders, and action would be taken against the money lenders operating in villages without valid licence, Sarma said.According to sources, the reports from the districts have indicated that the farmers had committed suicide due to family disputes and consumption of liquor.The Special Relief Commissioner said that 41 farmers’ deaths have been reported from 15 districts of the State.The highest of 15 farmer suicides have been reported from Bargarh district in the western region of the State.Sarma said that crop loss of 33 per cent or more has been reported from 21 district based on the eye estimation done as per the guidelines of the Odisha Relief Code.