Odisha Channel Bureau Bhubaneswar: Even as four more farmers’ suicides were reported from different parts of Odisha on Thursday taking the unofficial death toll since September to 73, Agriculture Minister Pradeep Maharathy faced opposition from Congress and BJP workers in Nuapada district.Higher Education Minister Pradeep Panigrahi also faced similar opposition by Congress workers during his visit to Bargarh district.The four incidents of farmer suicides were reported from Kendrapara, Jagatsinghpur, Cuttack and Nuapada on Thursday.Several Ministers have been facing the people’s ire during their visit to different districts to tone up governance at the grass-roots level.Even though farmer suicides were being reported from different regions due to crop loss and loan burden, instead of asking the Ministers to visit drought-hit areas or the deceased farmers’ houses, Chief Minister Naveen Patnaik has asked his Ministers to visit different districts to oversee implementation of different plans and programmes of the departments allotted to them in the districts at the time of such field visit.Moreover, Patnaik has asked his Ministerial colleagues “to review the work of their own department in the districts with the department officials without putting much pressure on district administration”.Patnaik himself has not visited any drought-hit area in the State so far. 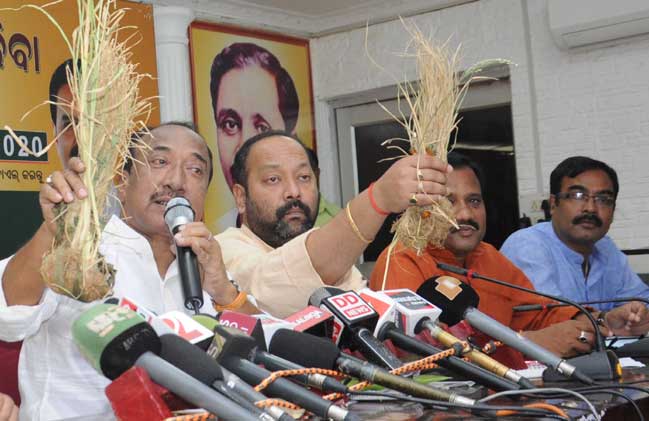 Meanwhile, opposition BJP demanded immediate waiver of all farm loans and magisterial inquiry into all cases pertaining to farmers’ suicides.At a press conference, BJP leaders Bijoy Mohapatra and Bhrigu Baxipatra demanded that the State government should immediately announce waiving of all agricultural loans taken from all sources by the distressed farmers.Terming inquiry reports on farmers’ suicides received by the government from the District Collectors biased, they said that magisterial inquiry should be conducted into every farmer death case to bring the truth to light.Opposition Congress has announced to stage protests at all the Block headquarters on Friday to highlight the farm crisis in the State and demand immediate help for the distressed farmers.