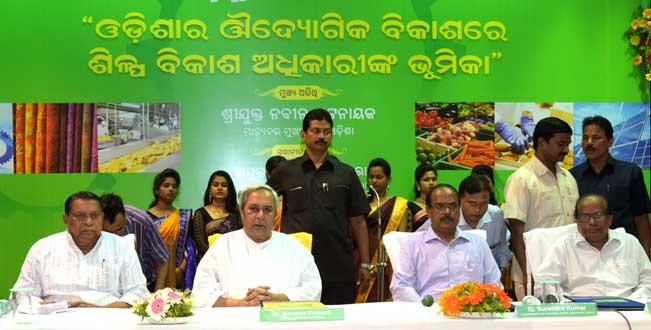 A total of 1,60,167 SMEs have been set up in Odisha with an investment of Rs.7,906.25 crore by 2014-15.SMEs can be set up with a small investment by using local resources.Discussions over several government initiated schemes launched for the development of the industries and the state were held on the occasion.The role of the newly appointed Industries Promotion Officers was also elaborately discussed in the workshop.The IPO’s role involves creating awareness for setting up of SMEs in blocks, rural segments and other areas.Reserve Bank of India (RBI) has also directed banks to emphasize on setting up of such enterprises.The Industries Promotion Officers provide necessary help for sanction of bank loans for the interested entrepreneurs.Besides, the State government has taken a number of initiatives to promote MSMEs through policy frameworks like the MSME Development Policy-2009, Odisha Food Processing Policy-2013, Odisha Procurement Preference Policy-2015 and Export Policy-2015.Similarly, the Central policies like National Manufacturing Competitiveness Programme (NMCP) and industries cluster development programme are there to promote SMEs.The industries promotion officers extend their support for financial and non-financial cooperation through these schemes.Such types of cooperation are very much essential for SMEs to compete in the current market scenario.