Odisha Channel Bureau
Bhubaneswar: An agreement has been signed between NALCO, a Government of India enterprise and Chalieco of China, for R&D cooperation in the fields of mutual interest. 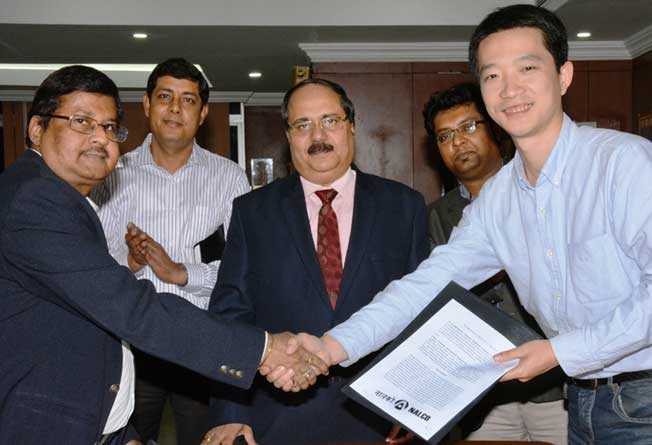 This will be a major step in extracting value out of Red Mud, which is otherwise treated as an industrial waste,” said Tapan Kumar Chand, CMD of NALCO.“On successful completion of the project, efforts will be commercialized through a demonstration plant,” Chand added.The agreement was signed on Tuesday at Bhubaneswar by B.K.Satpathy, Executive Director (Business Development), NALCO and Guo Pu, General Manager of Chalieco, in presence of Chand.