Odisha Channel Bureau KORAPUT: At least two Border Security Force personnel were killed and another was injured in a landmine blast triggered by Maoists in this tribal-dominated district of Odisha today. 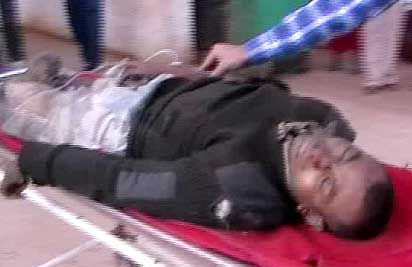 The blast occurred when Chief Minister Naveen Patnaik was addressing the valedictory session of a two-day annual conference of the senior officers of Odisha police in Bhubaneswar expressing concern over Left wing extremism in the State.The incident took place when the BSF men were carrying out a combing operation in the Kaliajhula jungle under Boipariguda police station limits of Koraput district.The combing operation was being carried out in the area following the killing of a local trader in the locality late on Thursday night.According to the police, the Maoists, who came in a large group, had shot dead trader Bapi Samanta suspecting to be a police informer.The BSF men who were killed in the landmine blast were identified as jawan Sibashish Panda and Deputy Commandant Sunil Behera.While Panda died on the spot of the blast, Behera succumbed to his injuries at the district headquarters hospital in Koraput town.The murder of the trader and the landmine blast occurred when the Maoists had given a bandh in the region in protest against the ongoing anti-Maoist operations.