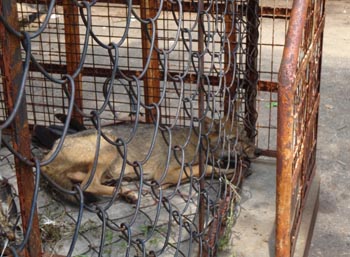 Odisha Channel Bureau Bhubaneswar, June 30: A jackal was caught at the Biju Patnaik International Airport two days ago, according to an official release issued to the media on Monday.The officials of Airports Authority of India found a jackal trapped inside one of the six cages placed by AAI to entrap the wild animals, dogs and cats in and around the runway area on the morning of June 28.The officials from Nandankanan Zoological Park reached the spot as soon as the message was conveyed to them.The male jackal was handed over to the zoo authorities, according to the release.