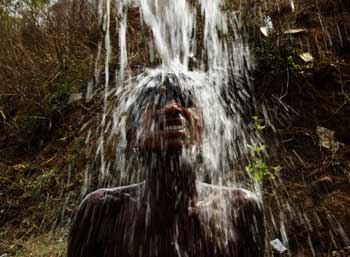 Odisha Channel Bureau BHUBANESWAR: Compensation against all sun stroke deaths that occurred in Odisha last year has not yet been given so far, according to a study titled `Tackling Heat Wave in Odisha’ conducted by ActionAid.The findings of the study were released at a workshop titled “Learning from Heat Wave Response” that ActionAid organised in collaboration with Inter Agency Group-IAG in Bhubaneswar on Friday.ActionAid conducted the study on heat wave response based on its work on heat wave response in 60 villages of the state in 2015.The prime objective of the workshop was to share the learning of the work on heat wave response and also to share the findings of the study with key stake holders from government and civil society organizations (CSOs).Sharing the study findings with the audience at the workshop, B.N.Durga, Program Officer ActionAid said that the major findings include the government has developed strong mechanisms to tackle heat wave; lack of awareness in the community about government provisions to combat heat wave, and lack of knowledge with the community about the procedures to be followed for claiming ex-gratia in case of death due to heat wave.The study also revealed that compensation against all sun stroke deaths that occurred in 2015 in Odisha has not yet been given.The study also came up with various recommendations such as simplify the enquiry process and procedures of confirming sun stroke deaths.According to ActionAid, 2015 had beaten all heat records to become the hottest year in recorded history.Studies by NOAA (National Oceanic and Atmospheric Administration) found out that this year’s May was the hottest and the combined average temperature over global land and ocean surfaces for May 2015 was the highest in a 136-year period.Deaths and devastations were reported from all across the world.On 5th August 2015, India’s Union Minister for Science & Technology and Ministry of Earth Sciences, informed to the Parliament startling figures of death due to heat wave.A total of 2037 people died in India due to heat wave during last summer.Odisha’s tryst with heat waves got a global attention in 1998 when 2042 people died and for the first time also covering the coastal region. Climate change has been the major culprit for this, as experts opine. However, Odisha government has also been fighting the effects effectively, and as a result, the death tolls have decreased drastically despite Odisha being at the receiving end of climate change vagaries.Participating in the workshop, S.C.Sahu, Director, IMD, Bhubaneswar made a presentation on the causes that creates heat wave.Also he opined that heat wave was preventable by minimising green house gas emission.“We can zero down heat wave causality by spreading awareness among the masses,” Sahu added.Pravat Kumar Mahapatra, Deputy Relief Commissioner, Government of Odisha, presented about the preventive measures that state government has taken to combat heat wave and also about provisions that the government has ensured for both prevention and response to heat wave.Debabrat Patra, Regional Manager, ActionAid shared about the nature of heat wave as a disaster which is both widespread and highly preventable.“To combat it and getting to zero causality, we need to have very widespread and inclusive collaboration with INGOs, NGOs and IAG both at the state and district level,” Patra observed.In Odisha, the Office of the Special Relief Commissioner received reports of 108 deaths allegedly due to sun stroke last year.A majority of them was not confirmed by the Naveen Patnaik Government.The details about the number of deaths caused by sunstroke has not been updated after 2010 in the official website of the Special Relief Commissioner – http://www.odisha.gov.in/disaster/src/sunstrokemain.htm.