Odisha Channel Bureau Bhubaneswar: Long wait for monsoon is finally over in Odisha and the heat wave has ended.After playing hide and seek for about a week, the southwest monsoon finally set in over several districts on Friday.Monsoon has covered districts of Mayurbhanj, Balasore, Jajpur, Bhadrak, Kendrapara, Jagatsinghpur, Puri and also some portions of the adjoining districts of Keonjhar, Dhenkanal, Cuttack, Khorda, Nayagarh, Ganjam and Gajapati, according to the Meteorological Centre, Bhubaneswar. 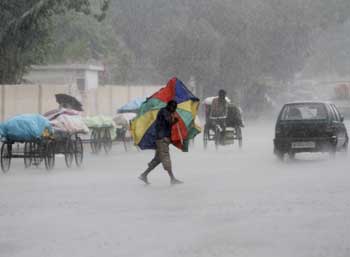