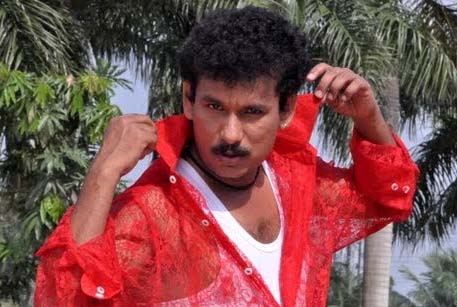 The women’s police station in the Capital city had registered a case of casting couch against Papu Pom Pom on Monday on the basis of a direction from the Child Welfare Committee (CWC) of Khurda district.The CWC had asked the city police to register a case against Papu Pom Pom after a team from the Committee recorded the statement of the victim girl who was sexually harassed by the comedian a few years ago.The actor, who contested the Assembly elections from Champua Assembly segment as a BJD candidate in 2014, was expelled when opposition Congress and BJP along with women’s groups were demanding for his immediate arrest.According to police sources, Papu has been booked under sections of 354 (A), 506, 509 and 34 IPC along with 8/12 of Protection of Children from Sexual Offences (POCSO) Act 2012.A team of the Bhubaneswar-Cuttack Commissionerate police had raided Papu’s house in Bhubaneswar on Tuesday, but had returned empty handed as the accused actor was away.Papu Pom Pom, the Bhubaneswar-based actor was also in limelight for his alleged involvement in a case relating to the mega chit fun scam.The actor, who has been a star campaigner for the ruling BJD in several elections in the past, was popular in Odisha as he acted as the lead actor in several Odia films and TV serials.According to latest reports, a special team of policemen has been formed to arrest Papu Pom Pom.Meanwhile, opposition parties have alleged that Papu was not the only actor involved in scams and he should not be used as a sacrificial goat.The other actors and leaders who were in the BJD should also be taken to task for their alleged involvement in various scams, according to the opposition.