One killed, more than 10 injured as under-construction flyover collapses in Odisha capital

Odisha Channel Bureau
BHUBANESWAR: At least one person was killed and more than 10 injured as a portion of an under-construction flyover collapsed at Cuttack Road in Bomikhal area of Bhubaneswar on Sunday afternoon. 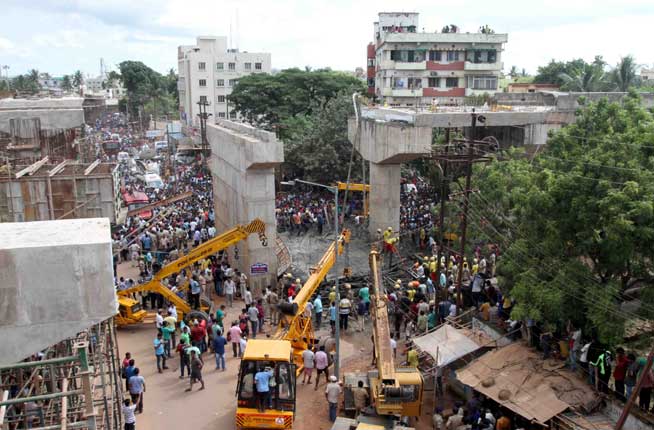 The death toll in the mishap was likely to increase as condition of at least two of the injured persons was stated to be critical and rescue operation was in progress at the accident site till evening.

The deceased was identified as Satya Patnaik, who was driving his two-wheeler along his minor daughter Sheetal under the flyover when it caved it.

Two engineers involved in the execution of the flyover construction were placed under suspension and a high level inquiry was ordered soon after the incident. 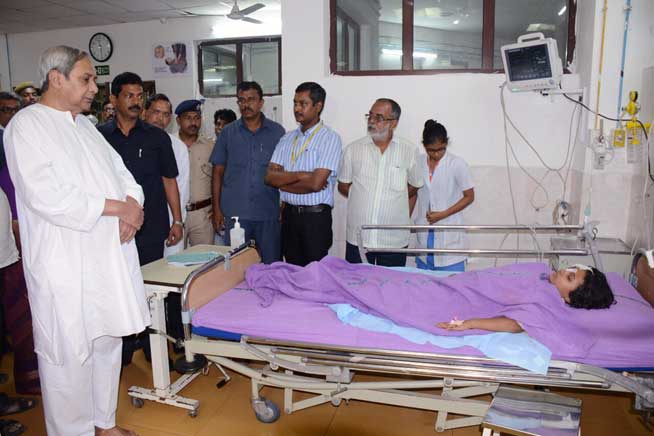 Chief Minister Naveen Patnaik visited the Capital hospital and AIIMS and the met the injured persons and spoke to the doctors treating the injured.At AIIMs, he also met Sheetal who lost her father in the flyover collapse.

Patnaik, who announced payment of Rs. 5 lakh for the next of kin of the deceased, said that the treatment cost of the inured persons will be borne by the State government.

Assuring stringent action against those responsible for the flyover collapse, Patnaik said that no one will be spared whosoever he may be.