The innovative design for the iconic BTC project will cost over Rs. 8 crores. The project is being developed by the Bhubaneswar Development Authority (BDA) on around 12 acres area, according to an official release. 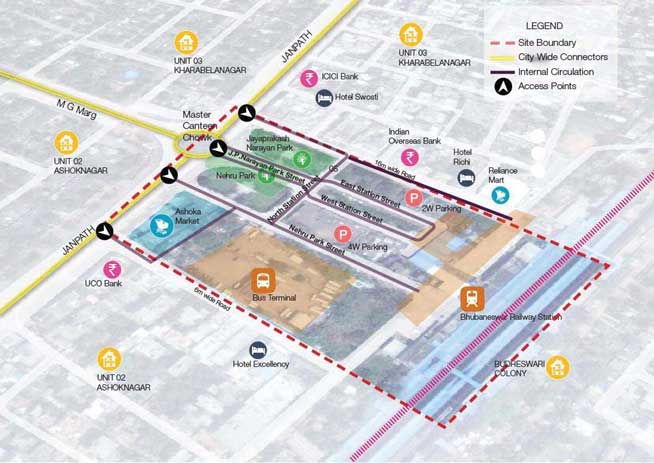 As the project site shares its location with the city’s main Railway Station within the Bhubaneswar Town Centre Smart District, both East Coast Railways and Bhubaneswar Smart City Limited will be important stakeholders to be involved and consulted throughout the course of this project implementation.

Competing with two other shortlisted major design firms of the world, the Singapore-based company won the bid with its unique blend of contemporary designs and traditional temple building architecture as the State Capital is known for its Kalingan temple building style.

The company with revenue of 1.3 billion USD and presence in over 40 countries across the globe has 110 site offices internationally and is one of the powerhouses for urban infrastructure design and consultancy in the world.

BTC Project:
The Bhubaneswar Town Centre (BTC) Project is envisioned as the city’s first planned TOD initiative and also first smart building project in Bhubaneswar. As part of the Bhubaneswar Smart City Proposal, the city’s Area Based Development vision is centered around the BTC project. This 12- acre site, located on the west side of the railway tracks at the Master Canteen Square, is accessible directly from the city’s main commercial spine- Janpath.

In December 2016, the Government of Odisha advised BDA to create a Special Purpose Vehicle (SPV) for the implementation of the Railway Station Multimodal Hub Project in Bhubaneswar titled – the Bhubaneswar Town Centre Project. This SPV is a 100% subsidiary of BDA and will serve as a dedicated agency to ensure successful implementation of the project in the next five years.