Odisha Channel Bureau
Bhubaneswar: A 21-year-old woman, who was set on fire after allegedly being raped by her father-in-law in Rairangpur area of Mayurbhanj district of Odisha, died on Saturday night. 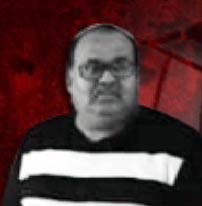 The victim, who was set on fire by her father-in-law after being raped by him on Friday, breathed her last in a private hospital at Bistupur in neighbouring Jharkhand where she was admitted on Saturday.

Fifty-five-year-old Ramgopal, who allegedly raped his daughter-in-law when all other members of the family were out of home, was arrested by Rairangpur police on Saturday.

The woman, mother of a four-month-old girl, had sustained 80% burns. She was married to Ramgopal’s son three years ago.

Ramgopal had set the victim on fire after she warned him to report the matter to the family members, according to Rairangpur police who have registered a case on a complaint filed by the victim’s father.