Odisha Channel Bureau
Bhubaneswar: The year-long sesquicentennial celebrations of Ravenshaw University will come to an end with a grand alumni meet to be held on the varsity campus at Cuttack on January 21. 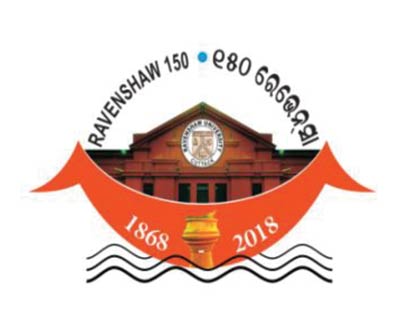 Thousands of former students, who studied in various disciplines in Ravenshaw College, which was converted into a university on November 15, 2006, are likely to attend the alumni meet. The meet will start at 10 am on January 21 (Sunday).

The alumni meet is open to all old students of the varsity. Those currently engaged in teaching and non-teaching jobs in the university can also join the celebrations.

Those who have already become life members of the Alumni Association need not pay any fee for membership or participating in the alumni meet.

The old students who have not become members can take membership by paying a sum of Rs. 1,000. They will not be required to pay any extra money to take part in the alumni meet.

Patnaik has requested all old students, existing members of the Association and those interested to join the Mahamilan on time.

All alumni of the varsity can join the gathering and pay the membership fee on the spot.

In fact, the Ravenshaw University authorities have been organising a series of events to celebrate 150 years of existence of the varsity in a grand way since January 20, 2017.

The closing ceremony is scheduled to be held at the Mahanadi Campus of the varsity on January 20.

After the great famine in Odisha in 1866, the then British commissioner T. E. Ravenshaw had decided to set up a college as they believed that education was necessary to deal with economic problems.

The college initially functioned from Ravenshaw Collegiate School campus and was shifted to the present location at College Square in 1921. Ravenshaw College became a university in 2006.