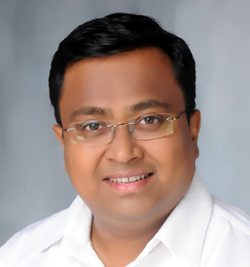 Odisha Channel Bureau Bhubaneswar, July 8: Odisha Minority Forum held an emergent meeting at its office in Bhubaneswar on Tuesday and appointed Sasmit Patra as the new president of Odisha Minority Forum.The post of the president of the Minority Forum had fallen vacant after the sad demise of its incumbent president Swarupananda Patra, who was known nationally and internationally for his role in safeguarding the rights and liberties of the minorities in the state of Odisha.Sasmit Patra has been working with the Minority Forum for the past decade in various capacities.His late grandfather Reverend Sadananda Patra was the Principal of the United Theological School, Cuttack and a highly regarded Christian leader of the state; and his late father Swarupananda Patra was the former president of the Odisha Minority Forum.Member representatives from all the 30 districts of Odisha pledged their support and cooperation to Sasmit Patra and urged him to work for the welfare of the minority community as envisioned by the former president late Swarupananda Patra with a vision to build a communally tolerant and secular society.