“Jay” is not Always Victory; Suspension of Jay Panda and the Aftermath

Naveen Patnaik has regained his old form, emphatically said Raju, a tea seller in Unit II market of Bhubaneswar and from there the street side political discussion zeroed upon the future course of action of Baijayant Jay Panda, the elite Lok Sabha MP of Biju Janata Dal who has been suspended from the primary membership of the party by BJD supremo Naveen Patnaik on Thursday. There is a perception among the common people in Odisha that Naveen Patnaik is a man of firm decision and his control over BJD is unchallengeable. He had sacked more than 50 powerful leaders from his party in last 20 years and every leader, fallen from his grace has gone to oblivion for ever except one or two. In December, he sacked senior most member of his cabinet Damodar Rout for his controversial casteist remark and now suspended the high profile Jay Panda. 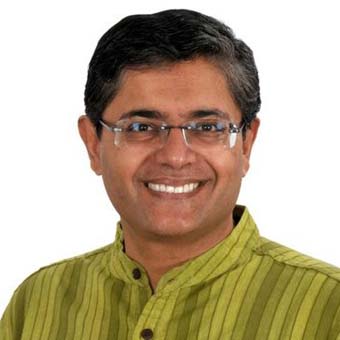 In a carefully drafted press release BJD has tried to portray Baijayant as “Vice Chairman IMFA is also the Lok Sabha MP of Biju Janata Dal, representing Kendrapara parliamentary constituency” which clearly underlines the fact that the MP is basically a businessman and his political significance is nothing more than that.

On 24th January evening Surjya Narayan Patra, the senior vice president of BJD told that “Baijayant Panda is the Vice-Chairman of IMFA and has drawn annual salary and allowances of Rs. One Crore, forty five Lakhs, twenty seven thousand, seven hundred and forty seven in 2014 and there has been a huge loan waiver running into thousands of Crores to IMFA”.

BJD is trying to corner Baijayant for his position as Vice-Chairman of IMFA and there is a clear indication from the BJD camp to go for a focused attack on his businessman identity. Further on 26th January another vice president of the BJD, who is also a MLA from Baijayant’s constituency Bed Prakash Agarwalla alleged that “Shri Panda has concealed fact that he is working as an employee of IMFA and drawing crores of rupees as salary. What made Shri Panda concealed the fact”.

He also told that “the fact is concealed in the affidavit dated 21st March 2014 filed as part of his nomination paper for the 2014 Lok Sabha election”. Somehow, in a television interview Baijayant has refuted the allegations by saying all the allegations are false.

BJD sources revealed that hiding facts of his salary from IMFA is a serious breach of trust and by doing that “he had cheated and misled the party, party leadership and above all the people of Kendrapara parliamentary constituency”. Concealing such vital professional facts from the election Commission may prove costly to Baijayant and his membership in Lok Sabha shall be challenged legally, said a BJD leader.

In the meanwhile, there are two sets of reactions on Baijayant’s suspension visible in the political circles of Odisha. Those who know the political functioning of Naveen Patnaik are pretty sure that Baijayant’s impact as a politician in Odisha is limited. He is known for his “elite” and “jet set” personality and his political activism is basically built up on English speaking media and Social media. He does not have an appeal of mass leader and very clearly one can say that his impact as a politician can hardly go beyond his constituency.

It is also noteworthy that Kendrapara has remained the home turf of late Biju Patnaik. The voters of Kendrapara are deeply in love with Biju Babu and his legacy. On that count one can easily see that Baijayant was given a safest constituency to sail smoothly. After his suspension there is no visible support for him from Kendrapara party cadres. On the other hand his political bargaining power as the promoter of OTV, the number one Television channel may create an advantageous position for him. He is known for his cozy relationship with English speaking media and he is having a good number of followers in the Facebook and the Twitter. The virtual army of his supporters may create some problems for BJD.

On the other hand, Baijayant’s strategy to counter BJD’s allegations is not taken seriously and his most talked political statement on Chief Minister’s office is being mocked by many political analysts in Odisha. He is obsessed with his attack to “third floor” (the place from where CM Naveen Patnaik works) and to a certain “Tamil officer” who “conspired” for his removal.

Even after his suspension he did not criticise Naveen Patnaik or the BJD but as usual he blamed the “the IAS officer now controlling the party”. This is truly a funny statement and he must face the party supremo, opined Prasanta Patnaik, veteran political commentator and editor.

It is no rocket science to understand that a bureaucrat cannot counter his political attack and using an IAS officer for settling political score looks childish. Baijayant is still trying very hard to find words to attack his old friend Naveen. On the other hand, Naveen Patnaik is very clear in his target to go for a smooth sailing in 2019 election and for that he is not in a mood to tolerate anything which may harm his party’s prospect. To strengthen the party he has to clean the room and removing Baijayant is a part of that cleaning mission, said an old BJD worker.

Now Baijayant is in Catch 22 position. It is not very easy for him to join BJP immediately. Perhaps he will take a little break or try to break the parliamentary party of BJD in Delhi!! But from Naveen Patnaik’s mood it looks evidently clear that there will be trouble time for Baijayant and his company in near future!!