The splendid margin of victory in Bijepur tells a different story

It will be a definite photo finish between BJP and BJD in Bijepur by-election, predicted a senior journalist after travelling extensively in the poll bound constituency on 24th February, the voting day. It’s not one or two but majority of media fraternity takes BJP’s fight against ruling BJD in Bijepur too seriously and over estimated the BJP’s presence there.

BJP tried every trick from their book to win the by-election as they believed it was to be the semi final prior to the 2019 general elections. Today when the result is out, the theory of photo finish is badly shattered and in contrary BJD is celebrating its victory with a splendid margin of nearly 42000 votes. Now the vital question comes, will the BJP gracefully concede its defeat in the semi final? Will they still hope to chase the target of 120+ which was set by their national president Amit Shah a few months back and which looks like a day dream now? 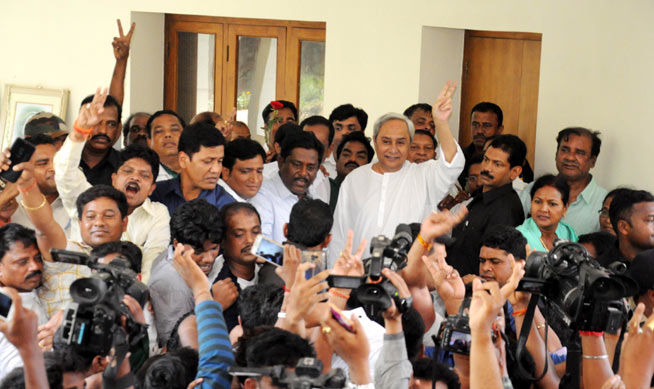 In fact, BJP was almost there in cloud nine after they had achieved a moderate success in the panchayat elections in 2017. In Bijepur Assembly segment their Zilla Parishad members secured more than 90000 votes. On the other hand BJD had to struggle with so many odds in Bijepur. It was never easy for BJD to take lead in Bijepur since it was considered to be a Congress stronghold. Congress nominee Subal Sahu had been winning consecutively for last three elections despite BJD’s impressive performance in other parts of the State. Subal Sahu who died in last August was extremely popular and he was single handedly shouldering the Congress organisation in Bijepur.

So as a matter of fact, Congress could have been the real defending party there, but this time Congress lost its deposit and their very influential nominee Pranaya Sahu got merely 10000 votes. BJD was smart enough to take late Subal Sahu’s family to their party fold and set up the agenda of victory in the very month of September.

In the meanwhile, a more aggressive BJP was all set to attack ruling BJD and they took BJD’s dissident leader Ashok Panigrahi as their candidate against Rita Sahu of BJD, the widow of Subal Sahu. As usual BJP mobilised a large group of BJP/RSS workers to work in Bijepur to go for booth level mobilisation and they had enough money and star power to showcase this time.

BJP, led by Union Minister Dharmendra Pradhan, tried very hard to project Bijepur as semi final battle against BJD and they crafted a story in media to tell that the battle of Bijepur shall be the launching pad to unseat Naveen Patnaik in 2019.

Since March 2017 BJP leaders were in a tireless mission to corner Patnaik on every small and big issue. Instead of criticising government policy and action, BJP leaders went on abusing/accusing and rebuking the Chief Minister and to some extent his secretarial staff. In their child like excitement BJP leaders even went on speaking against deputy secretary level officers of the CMO.

BJP’s attack on Patnaik was basically personal and sometimes that sounded like cheap street fight. They tried to tease and provoke BJD to join the quarrel, but very smartly BJD maintained a matured evasiveness. Despite all kind of fiery provocations BJD remained focused to their goal and hardly cared to join the match of mudslinging.

Patnaik was recklessly attacked both verbally and physically. Eggs and slippers were hurled at him at different places, but he simply ignored the attack and never uttered a word against his opponents.

Finally when the result is out and BJD’s splendid victory re-dazzled the leadership of Patnaik, it will be apt to say that even after 18 years of BJD rule, there is hardly any visible anti incumbency factor in Odisha. Patnaik looks stronger and fearless.

Politically we can draw few vital points which may sound predictive, but politically not unreal.

1. Politics of violence and arrogance has been completely rejected by the people of Bijepur and that can be taken as an indication of Odisha’s collective conscience. Language of abuse and aggression will not be accepted as real politics.

2. Naveen Patnaik’s invincibility as a leader gets huge endorsement in Bijepur byelection.

3. Dharmendra Pradhan has terribly failed to project himself as an alternative in Odisha politics.

6. Congress seems to be in a suicidal mission and the national party which was the principal opposition in the State is already being replaced by the BJP. PCC president Prasad Harichandan’s resignation is too late and too little for Congress. The party looks like a sinking ship from where rats are peeping out to jump to this camp or to that camp very soon.

7. With such a splendid victory in Bijepur, BJD looks more confident and with that its victory in 2019 elections looks obvious and predictive unless there are few miraculous twists and turns in Odisha politics.

(Kedar Mishra is freelancer writer, political commentator and art critic based in Bubaneswar. He can be reached at kedarsikha@gmail.com)