Talcher Fertilizer plant to be commissioned by 2023

Odisha Channel Bureau
Bhubaneswar: The coal Gasification based Urea Plant of Talcher Fertilizers Limited (TFL) is scheduled to be commissioned by 2023. 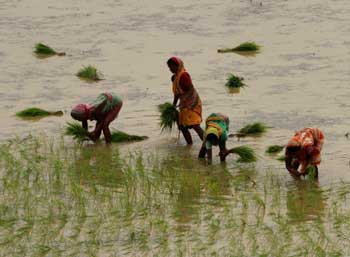 The project, first of its kind project in the country, will have an output of 1.27 million metric tonnes per annum (MMTPA) of ‘Neem’ coated urea using a blend of indigenous coal and petcoke as feedstock.

The plant shall ensure easy availability of urea in Odisha and adjoining States, according to the Department of Fertilizers, Government of India.

TFL has been mandated by GoI for implementing the revival of FCIL Talcher and is a Joint Venture Company promoted by major PSUs of the country viz. GAIL, CIL and RCF along with FCIL.

The coal gasification based Ammonia Urea Complex being set up at Talcher will have a design capacity of 2,200 tonnes per day (TPD) of ammonia and 3,850 TPD of urea. The plant located at Talcher in Angul district of Odisha, about 140 km from Bhubaneswar, shall also produce around 100 tonne per day of sulphur flakes as a saleable by-product.

The gasification process to be adopted at Talcher unit will emit negligible amount of sulphur oxides, nitrogen oxides and free particle emissions as compared to directly coal fired processes. Carbon dioxide, a greenhouse gas which is emitted from coal, would be partially captured in closed loop process and recycled for production of urea.

The project is expected to significantly improve the quality of life and socio-economic status of the people in the area as it will generate opportunities in the form of direct and indirect employment in the region. Up to 10,000 people are expected to be employed during the construction period and over 4,000 direct/indirect employment opportunities once the plant comes under operation.

Commitment of more than Rs. 8000 cr. has already been made so far by TFL under various awarded contracts.

TFL has been allotted captive coal mine in the Talcher region. Mine development activity has commenced and this shall ensure steady supply and quality of the feedstock for maintaining continuous operations of the plant. The following major activities of the project have already been completed:

- Environment Clearance of the project received in Feb., 2018
- CCEA approval for RCF equity contribution in September 2018
- MoU signed with IOCL for supply of pet coke in August 2017
- Mine allotment agreement for captive coal mine signed in Dec. 18
- Investment approval of the project accorded by TFL Board after receipt of approvals by the Promoters
- Job awarded to M/s Wuhuan for Coal Gasification and Ammonia/Urea package in Sept., 2019. Wuhuan has prepared the basic design (BDP) of coal gasification package and detailed engineering is underway. Site mobilization is expected before the end of current FY.
- Consent to Establish granted by 02nd Dec., 2019

The pre-project activities of TFL are underway with full swing at site. Jobs like site grading, construction power & water are near completion and another major job related to construction of roads, culverts, drains etc. is underway.

This project is one of the most prestigious projects of GoI and along with other fertilizers project of HURL at Sindri, Barauni, Gorakhpur and Ramagundam Fertilizer Project will nearly obviate the need for import of urea in the country. Dept. of Fertilizers with active support of GoI and Govt. of State of Odisha and other stakeholders is making earnest efforts so that the Project is implemented within the schedule. We are also making efforts to ensure adequate returns for the coal gasification based urea units under a specialised component – New Investment Policy of 2012 of the Department of Fertilizers.

Entire country is looking towards TFL for implementation this first of its kind project. Success of TFL will be a harbinger to coal gasification sector in the country and will enable opening up of alternative use of coal in sectors other than power. This mega project will be a pioneer in the Indian energy context as coal gasification can significantly reduce the import of energy by India from other countries leading to saving in valuable forex, according to an official release issued on January 20.