The module will facilitate payment of tax anytime anywhere, said Patnaik while launching the new initiative of the Housing & Urban Development Department of the State government.

On the occasion, the Chief Minister also launched the Municipal Premier League, a unique transformative endeavour which will facilitate urban local bodies (ULBs) to enhance their revenue collections. 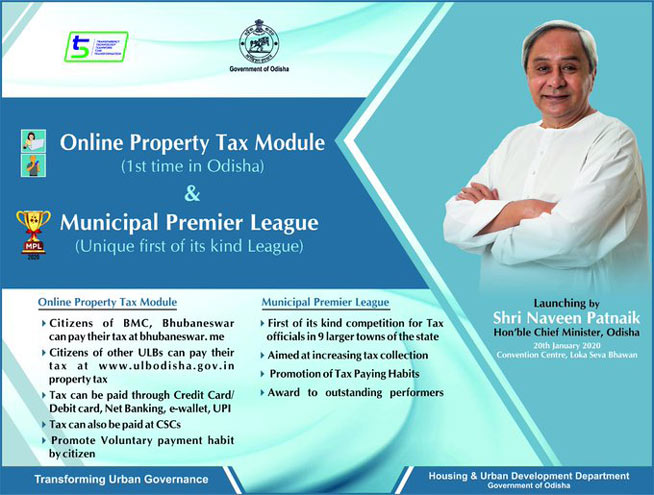 Observing that it has been the endeavour of his government to deliver all the public services at the doorsteps of people using technology, Patnaik expressed confidence that the people residing in urban areas will be benefited by the online property tax module.

“Enhancing own revenue of our cities is very important to encourage higher investments, ensure better amenities and enhance the living conditions of urbanites,” said the Chief Minister.

Patnaik also appreciated the organisation of Municipal Premier League which is a first of its kind in the entire country. “It is a transformative idea that will certainly create a competitive spirit among urban local bodies and pave the way for a better urban life.