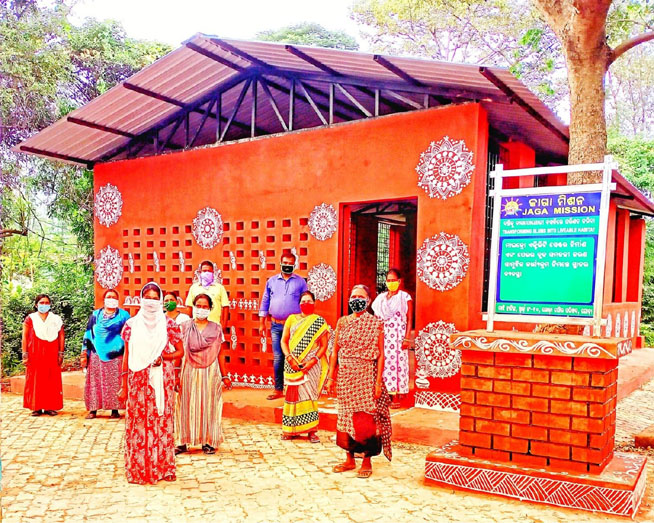 The Jaga Mission laid the foundations of a new humane and inclusive urban development model that has received international acclaim as the largest slum titling and upgradation initiative in the world and been awarded the prestigious World Habitat Award-2019.

With a vision of slum free cities under Jaga Mission, Patnaik inaugurated the slum upgradation programme to transform as many as 2919 slums across the State.

“While Odisha is putting up a brave fight against the COVID-19 pandemic, I hope this upgradation initiative will enhance the collective resilience of the slum dwellers by improving their lives and livelihoods,” said Patnaik.

He congratulated Housing & Urban Development Department, all District Collectors, urban local bodies and the organisations who have partnered with the State in the mission and for making this transformation possible.

The slum upgradation and delisting initiative, aims to improve the living conditions of 18 lakh slum dwellers by providing them with piped water supply, paved roads, storm water drains, street lights, sanitation, household electricity, community spaces and recreational areas. But more importantly, it encourages the participation of the slum dwellers themselves in the upgradation process, according to senior officials.

The process shall start immediately in 1000 slums and then scaled up to cover each and every slum in the state within a period of three years to make the State slum free.

The programme started from Baleswar, the land of Fakir Mohan, and Patnaik announced that all slums will be transformed into model colonies in next 3 years.

The Chief Minister said that slum dwellers contribute immensely to development of urban space and their welfare is a priority of his government. He also started distribution of distribution of Land Entitlement Certificates to 1,05,000 families living in 1718 slums in 101 towns benefitting 4.5 lakh population. It will ensure integration of slums into city fabric and development of living space for urban poor.

A memorandum of understanding (MoU) was signed between New Delhi-based Centre for Policy Research and the State government’s Housing & Urban Development Department to support Jaga Mission as knowledge partner.