Odisha Channel Bureau
Bhubaneswar: Under the Roadmap-2025 to implement smart, resilient and sustainable cities a “WebLab” or online Metropolitan Lab for the Temple City was organised on Wednesday jointly with the delegation of the European Union. 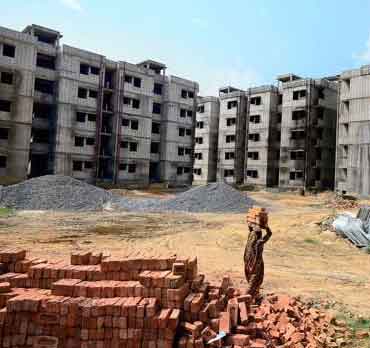 The purpose of the online workshop/weblab is to plan a forecast for Bhubaneswar in 2050 and integrated metropolitan cities. It will also include the influence over other cities and towns nearby.

In the initial remarks BMC Commissioner Prem Chandra Chaudhary spoke about the initiatives taken by the city, the urban issues it faced and how it took steps to handle the disasters and how the city is planning in five sectors i.e., housing, transport, social development, environment and economic activities.

It can be mentioned here that the online workshop will be conducted for two days. While the first one was conducted today the second one is planned for December 16.

The workshop will deliver an implementable roadmap for the Bhubaneswar Metropolitan Region to achieve its vision in a resilient and sustainable manner.

Funded by the EU, the India EU Urban Partnership (IEUP) is a collaboration between the Ministry of Housing and Urban Affairs (MoHUA) and the EU to support the smart and sustainable urbanization in India.

The partnership will support building capacity, transferring technology and developing new insights in themes such as metropolitan planning, mobility and waste management in its initial three years.

Under the IEUP the two-day “WebLab” is being participated by six Indian cities. Today Bhubaneswar was the second city to conduct the online workshop after Kochi. During the “WebLab”’ there will be about 8-10 project concepts to be developed as the outcome of the consultation in the above-mentioned five sectors.

It will also cover land use and transport integration, environmental integration to ensure low carbon growth and resilience and social integration to address social challenges in the metropolitan region with focus on health, education and minorities.

It is also felt that while planning for the metropolitan cities with resilience and sustainability, the administrative machinery and decision making must contribute in a participatory approach more like a peer coherence.

During the first day of the “WebLab” the current status of the city in terms of mobility, environment, housing, social and economic activities were discussed.

With 24 percent of its population coming under youth category in 436 slums the process has already initiated to make them socially smart as per a project by BSCL.

Under the Smart City proposal, heritage, cultural aspects, economic development and educational avenues have a wider scope to be developed with a metropolitan outlook with its neighbouring areas like Cuttack, Puri and Khurda in focus.