Lessons from 2020: Let the Earth repair and nourish itself

The coronavirus originated in China at the end of 2019 and wreaked havoc across the globe throughout 2020 with over 8.24 crore people being infected by the virus and around 18 lakh people having lost their lives due to novel coronavirus disease (COVID-19).

With over a crore of infected people, India has been second only to the USA; around 1.50 lakh people have lost their lives so far in the country. 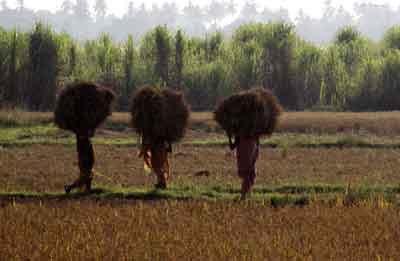 All activities came to a standstill across the world. The roads were empty as vehicular traffic stopped. Businesses shrank, industrial units shut down and people lost jobs by millions. All religious places were closed. People just stopped moving and stayed indoors. In India, an unplanned lockdown announced by the government on March 24 heaped untold miseries on people, especially migrant workers who covered hundreds of kilometres on foot to return home.

Amidst the pandemic and economic gloom, pollution and decibel levels came down drastically; the sky became clearer and trees greener. Many birds and animals that had vanished from the urban landscape reappeared. It seemed the Earth was nourishing its wounds caused by decades of exploitation of natural resources for growth.

But change was short-lived. After few months, the growth engines were restarted across the globe. Even when people were indoors, the governments took decisions, often arbitrary and undemocratic ones, to allow environmentally destructive projects to stimulate the economy meant basically to transfer wealth to fewer corporate hands. In India, for instance, the government auctioned coal blocks in bio-diversity hotspots.

The people in general too looked forward to opening up of restaurants, market places and malls. In no time, there were crowds everywhere – marriage functions, festivals, religious places and political rallies.

As it became business as usual, an important lesson from the lockdown days was forgotten. The lesson is this: The virus managed to do, albeit briefly, what the governments could never do.

It forced the people as well as mighty governments to fall in line. It forced the humans to introspect what kind of damage the capitalist, neoliberal economy had unleashed on the Earth in the name of development. It reminded us that we humans did not own the Earth but were just a part of it like others – animals, birds, insects, and trees and plants. It conveyed a message that humans and non-humans (including ‘non-living’ entities like rivers, mountains) live together in an ecological commons, which thrives when all complement each other.

The present development model is destroying the ‘others’. It is also creating a ridiculously filthy division between humans – few rich on the one hand and a vast multitude of dirt poor on the other. The greed of these few rich people, who influence governments, has triggered drastic climate change. According to UN backed Production Gap Report 2020, countries are increasing the production of fossil fuels like oil, gas and coal instead of decreasing it so as to limit global warming to 2.0 degree Centigrade as per Paris Agreement.

The coronavirus may run its course. But we must not forget that it was a toxic by-product of our fiddling with nature. There is no guarantee that another such virus will not hit us. Rather, the next virus may well be more deadly and devastating.

Coronavirus sends across a polite but firm message: Slow down, let the Earth repair and nourish itself, and let the commons of humans and non-humans flourish.