Nobody from Odisha should go outside for better medical treatment: Naveen Patnaik

Odisha Channel Bureau
Cuttack: “It is my dream that nobody from Odisha should be forced to go outside for better medical treatment. We shall provide the best in SCB. For 75 years, the SCB has supported us – now it is our turn to give it back,” said Chief Minister Naveen Patnaik on November 26. 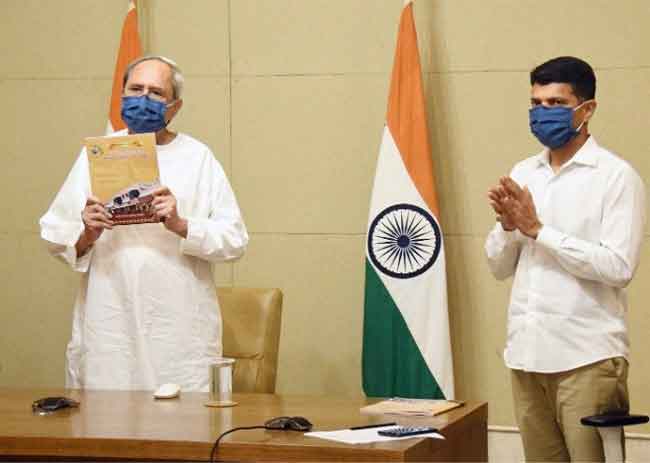 The Chief Minister envisioned his dream for SCB at the Platinum Jubilee celebration at Srirama Chandra Bhanja (SCB) Medical College & Hospital in Cuttack.

Joining the celebration through video conferencing as chief guest, Patnaik said that the number of lives saved by this institution and its alumni is unmatched. The service rendered to humanity by SCB is unparalleled and particularly to the people of Odisha.

“Hence it is my dream to see SCB transforming into an AIIMS PLUS Institution – to have cutting edge technology in medical services – to provide the best that modern medical science can provide”, he stated. The people of Odisha deserve this, he added.

The Chief Minister said that Odisha is today known for many glorious achievements. But there was a time when Odisha was not so well known. But even in those times – a beacon of excellence – the BADA-DAKTARA KHANA stood out – known for its professionalism for quality and affordable health care both for the rich and the poor, for the commitment of the doctors, he added.

Welcoming thousands of former students who are here to celebrate the most glorious moments of their life – their college years, the Chief Minister said that the alumni of SCB have been the ambassadors of Odisha in every corner of the world – from Manhattan to Tokyo – Odia doctors from SCB have carried the ethos of selfless service across the country and the world.

The Chief Minister said that the recently launched Biju Swasthya Kalyan Yojana (BSKY) that provide health assurance to 96 lakh families across Odisha, the setting up of eight new government medical colleges, response to the COVID challenge, all these show his government’s firm commitment to transform health care in Odisha.

The Chief Minister further said that the SCB shall play a key role in this transformation. “It shall take its place as one of the top institutions of the country in medical care and health education.”

At the outset, he offered his tributes to Maharaja Sri Rama Chandra Bhanja Deo who was instrumental in the growth of this institution. During the function, the Chief Minister unveiled the Platinum Jubilee Monument and released a compendium.