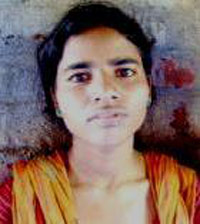 Odisha Channel Bureau Bhubaneswar, Aug 17: Odisha Government on Sunday transferred Basudev Bahinipati, District Collector of Gajapati amid mounting criticism over the suicide by Sunita Raita, a tribal nursing student who took the extreme step on August 13.Sunita had committed suicide after being denied the stipend that was due to her from the district Integrated Tribal Development Agency (ITDA) for 16 long months.In a suicide note that was recovered two days after her suicide, Sunita held the Collector of Gajapati district responsible for her death.A BSc nursing student, Sunita had made it clear in her suicide note that failure to get her stipend money was the reason behind her suicide.The State Government posted Mansi Nimbhal, Project Director of District Rural Development Agency, Mayurbhanj as Collector of Gajapati district, official sources said.