Odisha to implement NFSA by July next 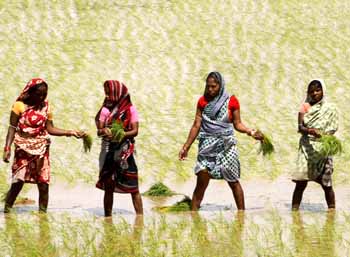 Odisha Channel Bureau Bhubaneswar, Oct 25: Better late than never.Odisha Government has decided to implement the National Food Security Act in the entire State in a phased manner by July 2015.A decision to this effect was taken at a review meeting that was chaired by State Chief Secretary at the State Secretariat here today.The Act guarantees 5 kg of rice, wheat and coarse cereals per month per person at Rs.3, Rs.2, and Rs.1 respectively.Odisha Government took the decision after the Centre gave additional three months time to the State governments to implement NFSA that gives two-thirds of the country’s population the right to subsidized food grains.Food Supplies & Consumer Welfare Secretary Madhusudan Padhi told journalists after the review meeting that the administrative preparations have been initiated to implement NFSA in the entire State in phases by July next year.Asking the officials to take help of information technology (IT) for quick identification of the beneficiaries, The Chief Secretary has directed the Food Supplies & Consumer Welfare Department to make proper identification of the beneficiaries to ensure that needy people are not deprived of the facility.