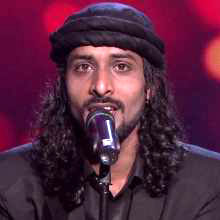 Odisha Channel Bureau Bhubaneswar, Dec 1: Odisha erupted in joy as Rituraj Mohanty was named the first ‘India’s Raw Star’ on Sunday in Mumbai after receiving votes from audiences across India.As Odia people across the State and outside celebrated the victory of the youth from Nimapara on Sunday night, he was the subject of discussion in every home and outside till Monday.Many people were still singing the songs that Rituraj sang in his soulful voice to emerge the winner by defeating Darshan Raval from Ahmedabad and Mohit Gaur from Jaipur.People were also seen outsmarting others saying that they had given missed calls using multiple SIM cards that they use in their mobile phones.“Himesh Reshammiya has been such a great mentor and a huge support.I would like to extend my love filled thank you to all my fans as they are responsible for my win! I dedicate this win to all my fans,” Rituraj said in a statement.“The fact that I have won this show is yet to sink in.Firstly, I would like to thank Yo Yo Honey Singh and STAR Plus for getting me on the show and for giving me such a huge platform to perform on,” 26-year-old Rituraj added.Odisha Chief Naveen Patnaik and Union Minister Dharmendra Pradhan have congratulated Riruraj for his victory that fetched him a Maruti Suzuki Swift, a contract with STAR Plus and a whopping Rs.50 lakh as cash prize.“Rituraj Mohanty’s victory has again proved that poverty cannot be obstacle where there is determination and will,” Pradhan said in a statement.