Schools in Odisha to be discrimination-free zones 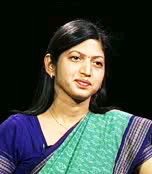 Odisha Channel Bureau Bhubaneswar, Dec 2: In a major development, the School & Mass Education Department of Odisha Government has issued instructions to all the District Collectors to take necessary steps to make all schools in the State as discrimination-free zones.In a letter written to the Collectors on November 27, Commissioner-cum-Secretary of School & Mass Education Department Usha Padhee said it has come to her notice that discrimination relating to caste, creed and religion have been reported in schools resulting in deprivation of children from continuing their studies.“In this context I would like to request you to take necessary steps to make the school environment free from such discrimination to ensure the right of the child.“Hence, instruction may be issued to Head Masters of all the schools under your jurisdiction to display/write `Discrimination Free Zone’ (Bheda-Bhaba Sunya Anchala) at the prominent place of the school wall,” Padhee wrote in her letter.Name of Schools to be changedIn another bold decision, Padhee wrote another letter to the District Collectors on November 27 asking them to identify and change the name of the schools that were named after either in the name of the caste which is contrary to the preamble of the Indian Constitution as well as creates disharmony among the people of the community.She asked the Collectors to take steps for change of such schools through the School Managing Committee resolution and submit the proposal to OPEPA for approval along with the District Information System for Education (DISE) code of the school.The circulars of the School & Mass Education Department is the outcome of the charter of demand placed before Padhee in a meeting recently organised by Dalit Adhikar Sangathan (DAS) in Bhubaneswar.Attending the meeting, Padhee had assured to look into the matter and now her quick response to the concerns is a benchmark in the history of school education, said Ghasiram Panda, Programme Manager, ActionAid who had placed these issues before her.“These Circulars will act as weapons to combat caste based discrimination in schools as well as reinstate the dignity of the Dalit and other socially excluded groups and promote equal citizenship,” added Panda.Among others, the convener of the Dalit Adhikar Sangathan Kisan Pattnaik, B.N.Durga, Debabrat Patra and other members of civil society and forums have also thanked Padhee and the Department for taking this step for the welfare of the socially excluded and Dalit Community children.